Evangelii Gaudium from the theology and ecclesioloy of Pax Romana 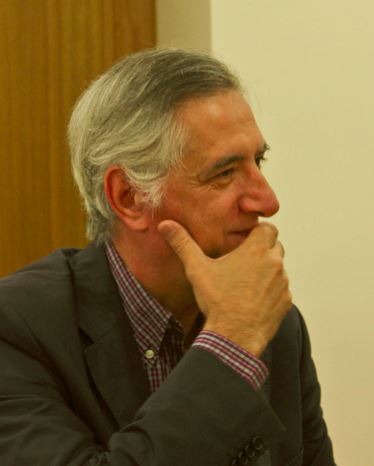 a. A postsinodal apostolic exhortation

i. The Synod of the New Evangelization
ii. Change of track
1. from secularized Europe to the Latin America of the poor
2. from truth and ideal to signs and action
3. From truth and beauty to prophetic denunciation and “fuss” making
iii. An “inculturation” of Evangelii nuntiandi from Paul VI

b. The programmatic declaration of Francis

i. No lamentations
ii. Positive and joyful spirit
iii. Of the poor and for the poor
iv. More movement than organization: reaching out Church

i. Argentina and Peronism
ii. Liberation Theology / Theology of the People (“people”, mentioned in EG 164 times)
iii. The Jesuit Spirit: to discern and act, freely and consequently
iv. A pastor with experience and politically skilfull
v. I ask for “fuss” in the dioceses

b. Benedict XV and PAX ROMANA vs. Wilsonian Pax and Soviet PAX.

The UIEC can demonstrate that faith and science can harmonize beautifully; and contributing to religious and scientific development of the different countries, preparing an era of genuine peace and social welfare. The Union will be the natural vehicle to strengthen the bonds of fraternity and friendship among Catholic students in Europe, bringing them closer to each other and making them aware of their mutual needs and their common aspirations (Card. Gasparri’s answer to the petition for papal approval 1921).

c. The foundation of ICMICA in 1946: The proper goal of PAX ROMANA is to organize in the entire world, the brotherhood of spirits that put intelligence at the service of God (Etienne Gilson, 1947).

3. A long march towards a global PR

a. from Europe to Latin America, Africa and Asia

b. Vatican 2: the coming-of laity

i. Lumen Gentium, Ch. IV (the laity) and V (universal call to holiness)
ii. Apostolicam Actuositatem: the status of apostolic laity
iii. Gaudium et Spes, the program of the Church in the world

c. The reception of Vatican II and the internationalization of PR

3. The transformation of theology and spirituality of PR

a. A change of perspective: the initiative does not come from Europe, but from the new regional poles

b. Inculturation: the contribution of a particular Church to the interpretation of the deposit of faith, assumed as such by the universal Church. Examples:

i. Dignitatis humanae: John Courtney Murray and the importance of the USA experience for the declaration of religious freedom in the Council.
ii. Gaudium et spes: the enriching dialogue with the world and the autonomy of the secular realm: finishing line of a long and traumatic journey of the Church in Europe,
iii. The preferential option for the poor and the Latin American reception of Vatican II.
iv. Interreligious dialogue as intrinsic to the mission, a contribution of the Church in Asia.

i. Plurality of method
1.Congresses and specialized secretariats (European ICMICA)
2. The influence of the “review of life “method
3. The “dual training” as a requirement

Although the value of the “review of life” as a working method and basis of secular spirituality, it is not sufficient to meet the needs of ICMICA, if it wants to be true to its original mission (Buenaventura Pelegrí, Christian intellectuals in world today, CEP, Lima, 1987, p. 267)a “

1. The dimension of peace and God’s will towards the world (Europe)
2. The sight from the “other side of history” and the subsequent option for the poor (Latin America)
3. Dialogue with the “other” as mediation / presence of the Spirit (Asia)

a. Rather movement than organization: Francis choice

b.  Francis and EG are rather “activist” and give grassroot action a primacy, which has affinities and differences with the student / intellectual nature of PR.

c. Strong affinities between EG and PR: Chapter IV of the EG

i. The social dimension of evangelization

1. Faith and social commitment are inextricably linked
2. Our “vision” is the Kingdom, which calls us to action
3.  The CST is the vademecum to guide the apostolic action

ii. The social inclusion of the poor

1. Jesus Christ who became poor as a model to follow.

2. Listening to the cry of the poor

Solidarity must be lived as the decision to restore to the poor what belongs to them (EG, 189)

I have always been distressed at the lot of those who are victims of various kinds of human trafficking. How I wish that all of us would hear God’s cry: “Where is your brother?” (Gen 4:9). Where is your brother or sister who is enslaved? Where is the brother and sister whom you are killing each day in clandestine warehouses, in rings of prostitution, in children used for begging, in exploiting undocumented labour? Let us not look the other way. There is greater complicity than we think. The issue involves everyone! This infamous network of crime is now well established in our cities, and many people have blood on their hands as a result of their comfortable and silent complicity. (EG, 211).

1. The order willed by God: the common good

2. A self-guided people: not dragged by the domineering powers

5. The reality is more important than the idea

Realities simply are, whereas ideas are worked out. There has to be continuous dialogue between the two, lest ideas become detached from realities. (EG, 231)

6. The whole is greater than the part

The whole is greater than the part, but it is also greater than the sum of its parts. There is no need, then, to be overly obsessed with limited and particular questions. We constantly have to broaden our horizons and see the greater good which will benefit us all. But this has to be done without evasion or uprooting. We need to sink our roots deeper into the fertile soil and history of our native place, which is a gift of God. (EG, 235)

iv. Dialogue as a contribution to peace

In her dialogue with the State and with society, the Church does not have solutions for every particular issue. Together with the various sectors of society, she supports those programmes which best respond to the dignity of each person and the common good. In doing this, she proposes in a clear way the fundamental values of human life and convictions which can then find expression in political activity. (EG, 241)

1. Dialogue between faith and reason and science

At times some scientists have exceeded the limits of their scientific competence by making certain statements or claims. But here the problem is not with reason itself, but with the promotion of a particular ideology which blocks the path to authentic, serene and productive dialogue. (EG, 243)

Evangelization and interreligious dialogue, far from being opposed, mutually support and nourish one another. (EG, 251)

4. Social dialogue in a context of religious freedom

The same Spirit everywhere brings forth various forms of practical wisdom which help people to bear suffering and to live in greater peace and harmony. As Christians, we can also benefit from these treasures built up over many centuries, which can help us better to live our own beliefs. (EG, 255)

a.         PR in “Franciscan” key, to be “more” PR
b.         A straightforward approach to the reformed Vatican Curia
c.         Renew the international commitment: globalization of solidarity.
d.         Be the voice of the mission of the Church in the fields of peace, justice, universal common good, ecology, and inclusive dialogue in international fora.
e.         Renew the dimension of committed knowledge at the service of the Kingdom.