Right to dissent in the catholic church 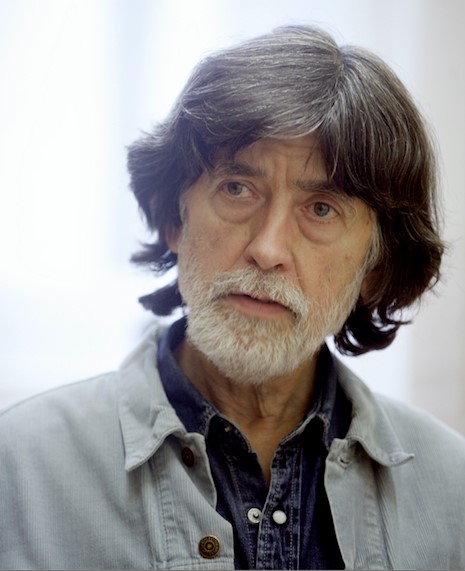 Right to dissent and the obligation of obedience

In a secular society – in which we have been living in the most part of Europe for at least two hundred years – it can be found as obvious that there is no consensus in several instances and that one citizen’s opinion may differ from that of another one or from the position of a supreme power or body.  It is an everyday experience to meet conflicting views.  However, once a pious citizen crosses the threshold of a church, he or she might think that the possibility and the right to be dissented have ceased in the altar.

It is natural to believe that, in exercising our faith in the Church, we are subject to the bishop’s teaching power, that is, to the magisterium, the anointed representative of which is exclusively authorised to refer to the authentic explanation of the verb (as confirmed in paragraph 10 of the dogmatic constitution ”Dei Verbum“).  In everyday reality, however, conflicts of conscience can occur when, for example, in matters of abortion and pre-marital sexual intercourse, in divorce issues, or in the case of sexual abuses committed by priests against juveniles and their confinement, the faithful sincerely and seriously think otherwise of what they hear from the teaching office.  Thus, it does not seem to be overlooked how we think of obedience in the Church and of the ways of seeking truth in it.

The right of believers to dissent in important matters seems to be supported by the doctrine of paragraphs 2 and 3 of the council declaration ”Dignitatis Humanae“, which states that human dignity cannot be disrupted even if someone comes to a truth different from the official explanation, and the freedom of conscience and the right to dissent cannot be made dependent on the paths of truth-seeking.  It is therefore not precluded that, where appropriate, there is a conflict between the exercise of the right to dissent and the obedience to the teaching office that may cause strains within the Church.  Even if not, the question still remains: how can the right to dissent and the right to non-compulsion be reconciled with the duty of obedience (as they are reflected in DH 2-3 and DV 10, respectively).

If one asks whether a believer is free to oppose the teaching office, the answer is, of course, that no, he or she is not.  Obedience, however, does not mean subordination in the Catholic belief, since it should be an action.  More specifically, it is an action of the imitation and follow-up of Jesus, the Nazareth, recognised as Christ.  The spirit of “imitatio Christi” is the source of salvation for all people who want to live with it, and one by one it emanates to laymen and superiors.

Imitation is not mechanical, it is the fruit of free choice, or rather of the freedom of conscience.  There is no guarantee for being protected against mistakes even in the Church, although it provides an institutional opportunity for the common reading of Scripture, which aims to minimise the possibility of misinterpretation.  Obedience and the freedom of conscience do not constitute a private matter.  They are the cornerstone of the Church’s operation, the prerequisites of the transfer of faith, and of spreading the gospel.

It comes from the above that obedience does not propose a relationship between the bishop who makes declarations and the faithful who should be swift in accepting the bishop’s instructions without any thought.  The relationship that is developed upon obedience should not be imagined in the case of Christ-followers as the command-line relationship in civil life.  A lay believer is a companion of the bishop, a senior in exercising belief, and in the follow-up to Christ.  He or she does not still remain without being supported by the teaching of the Church, while the bishop can gain fresh energy when communicating with the faithful.

The ecclesiastical teaching is ideally reflected in an exchange of views, and as a bishop makes officially statements of fundamental issues related to the practice of faith, he uses concepts and phrases that can be further thought in the light of daily life experiences.  The characteristic of ecclesiastical teaching is that it cannot be considered direct life counselling, but it is in a need of being interpreted.  So, it is not precluded that further differences of opinion arise, while believers may well continue to comply with the teaching.

If the obedience to the teaching office is explained this way, then the right to dissent cannot simply be a difference of opinion, but rather a station for a process of contemplation and learning.  From this perspective, one cannot simply answer the question of obeying teaching or not.  Whoever is responsible for ensuring that the Church works as effectively as possible, depending on how much life experience he or she has and how much charisma he or she has received, so that believers should be able to contribute their Christian vocation to the transfer of faith and to the spread of the good news.

It is certainly incompatible with the Church to prevent believers from exercising their freedom of conscience, or somehow to put them under pressure.  The basic question of the right to dissent is not whether one may come to a different conclusion than a bishop.  Such deviation may well be, of course, a trouble, but it can also be even the source of a fertilising conflict.  It is above all important that the exercise of the freedom of conscience and the respect for human dignity, associated with it, are inviolable, irrespective of the outcome of truthfulness.

The fruit of the reconciliation of these liberties is the truths of faith, which then ideally appear in the ecclesiastical teaching.  This doctrine cannot be born without the faithful, regardless of the believers.  The teaching of the Church is created in a pilgrim-church through the unfolding of the abilities and inclinations inherent in the human nature of each believer, whose members approach the desired purpose while assisting each other, and hope that they will at one time come to fruition.