Pax Romana of the Hungarians in Romania

The Pax Romana group in Transylvania was formed in 1992. From the beginning it was the meeting point of Hungarian-speaking Catholics in Romania/Transylvania, as they could not be very active and present as such during communism. Individual work has more possibilities, there is still not a real culture of organizational group or community work in any of the post-communist countries.

So Pax Romana here also wants to build such a culture and offer an example. In the first 10 years the Transylvanian Pax Romana had huge successes: its conferences interested hundreds of people, it also had quite a lot of members. Most of the first members were teachers. They were enthusiastic about the new opportunity and were interested in finding out more about Catholic values and the ways they can be transmitted to the young. The last conference that attracted so much interest and so many people was organized in 2005 by Márta Bodó on the theme of men and women together in the church. As a result of the conference a volume was published entitled: Nőnek (is) teremtette – And God also created women…

After the first 10 years of the organization a certain loss of interest was obvious. The leaders then tried to find different solutions: the themes changed (at the beginning the main issues concerned Christian pedagogy), a meeting for only the young was designed. With all the efforts, by 2007, it became more and more obvious that new directions and new approaches were needed for Pax Romana, as for all the NGOs of Romania, a post communist country that has now become a member of the EU yet sinking into deep economic and moral crisis.

Our Pax Romana movement is still working on these new solutions, approaches, and on a long-term general renewal. Meanwhile it is working more on the ground level: in the different local groups, and is less keen on organizing big national events. Yet the group hosted in Cluj in June 2010 the European ICMICA Women’s Vision section on a conference on migration. 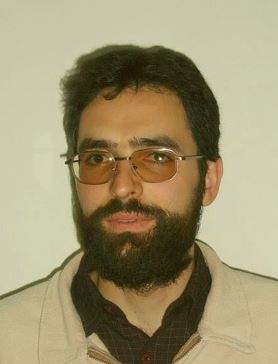