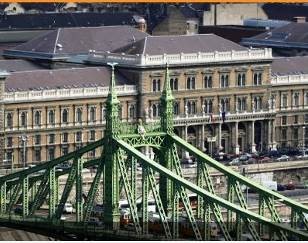 According to the new strategy, chancellors directly and solely appointed by the Prime Minister and the Secretary of Education will have direct control universities from 1st January 2015, thus they will decide in financial matters. Since questions related to education and research cannot be separated from the institutions’ finances, the chancellor representing the Government’s will can put a veto on every decision made in the institutions. The Networks are appalled by the fact that representatives of the Hungarian Rectors’ Conference (MRK) and the National Union of Students in Hungary (HÃ–OK) support the Government’s plans to limit the rights of the Rector and the Senate which would be the most important guarantees of a university’s autonomy. In the light of the authority of the new chancellors, the institutions’ right to elect a Rector is valueless.
Although the new strategy allows student to pick the university they want to apply to, the Government’s arbitrary decision to close down some courses at certain institutions and their hasty plans to divide higher education institutions into four groups limit students’ freedom to decide where to study what. The four categories (national research universities, universities, high schools and communal high schools) are not assigned upon normative criteria, but on whimsical, subjective decisions, which limits competition and likely to lead to serious inequalities. In the poor regions of the country, high schools will not offer postgraduate degrees. In many regions high quality, popular courses will be shut down. The new regularisations will eventually lead to the quick deterioration of the institutions in poor areas of the country. The new strategy names the enhancement of social mobility as a priority, however the communal high schools’ role in this process is completely unclarified: the State Secretary of Higher Education has yet to come up with actions aimed at groups which are still outside higher education systems.

The new strategy leaves the current unfair tuition fee system untouched, in which some students are completely state-financed, while others have to pay high fees with no scholarship or grant to support them. Furthermore, the new strategy allows universities to raise fees without limit, which might lead to growing inequalities and create problems that cannot be solved by the new Hungarian student loan system (DiÃ¡khitel). Although admission numbers at individual universities will not be directly limited, state support for individual disciplines will still be arbitrarily decided by the Ministry of Education. The strategy does not deal with the problem that the number of people who want to study in higher education has decreased by a third in recent years, and also, that more and more students would like to carry on studying abroad, or simply withdraw from higher education.
An effective reform in higher education should be based on international experience, a wide range of surveys and impact studies, and on a broad consensus between the affected individuals’ and political actors’, and it should also provide the institutions and future students enough time to adapt to the changes. Yet, the behind the strategy recently announced, there is no thorough analysis, no impact studies, the strategy has not been discussed publicly and some regulations are about to come into effect within a few months.
A successful reform can only be carried out and high-quality education can only be provided by secure institutions, thus the Hungarian higher education administration should first and foremost address the present crisis of universities caused by dramatic cuts (appr. 50 %) in state support over the past 5 years. In Hungary today state spending on higher education is 0.5 % of the GDP, an unacceptable fact, even if the new strategy announces the mid-term goal of increasing this amount to 1-1.2%. The deliberate underfinancing of universities and research, the institutions’ arbitrary categorisation and the centralised management will shortly lead to the deterioration of institutions and degrees, firing a great number of lecturers, and serious drop in overall quality. By the time the mid-term financial support arrives, Hungarian higher education will already be in ruins.