Pope Francis is a model of dialogue both in word and deed.

Victor Edwin: You were a special invitee from India to participate and speak in the Conference organised by Pontifical Institute for Arabic and Islamic Studies (PISAI) in Rome on their Golden Jubilee. What were your impressions of this Catholic Institute and its efforts in Christian Muslim Dialogue?

Prof. Akhtarul Wasey: I feel privileged to be invited from India in fact from South Asia to participate in this conference.

I am also very much impressed by the Pontifical Institute for Arabic and Islamic Studies, Rome as they are teaching Islam directly from the original sources so there should not be any chance to be misled or having a negative biased attitude. The Rector and other faculty members are a dedicated lot with a missionary zeal. Another significant point is that the Institute have some very distinguished and noted Islamic scholars as a visiting or guest faculty.

Edwin: Tell us briefly the contents of your presentation in the Conference?

Prof. Akhtarul Wasey: I was part of a panel which took part in a round table on the Challenges Ahead. The chairperson was Prof. John Borelli Special Assistant to the President for Inter-Religious Initiatives, Georgetown University, US. In my presentation I emphasised the following points: First, Islam is a religion inclusive by nature and stands for Unity of God, Unity of Religion and Unity among all people. Secondly, I stressed that religious pluralism is the expression of the will of God for the world. It is God’s design and desire for humanity. If God wanted he could have created all of us within one religious mould. Therefore, we should respect the will of God and as far as our role is concerned vis-à-vis our religions we should communicate, whatever is truth according to our religious perspective. I accentuated that tolerance is not a virtue, but respecting others is really required. Thirdly, the theological gulf between Islam and Christianity is irreconcilable. The differences are not going to go anywhere. They will remain. The differences need not make us alien to one another. We should respect our different viewpoints and beliefs. We should not forget that Islam shares with Christianity the principles of social commitment, care for the needy, and the obligation to act honestly in every circumstance. We people should celebrate differences and vie with one another in doing good deeds. Moreover, Muslims and Christians honour Mary-Mother of Jesus. Quran the holy book has dedicated a chapter to Mary. This is theologically important for both of us. Finally, I told the august audience that we should agree on one thing that freedom of expression should not be abused and I declared in unequivocal terms that neither we approve the publication of cartoons nor the ensuing violence.

Edwin: At the conclusion of the Conference you had an audience with the Holy Father Pope Francis. Tell us how was that moment of meeting the Pope?

Prof. Wasey: That was a great moment of my life when I had the honour to meet the Holy Father Pope Francis. While standing in the line to meet him, I thanked him in my heart for his courageous stand to oppose violence in the name of religion, his simplicity in praying with Muslims for peace in Syria and his humility to wash the feet of a Muslim woman during the Holy Thursday Liturgy in a Roman prison.  When I met and shook hands with him, I felt he is a model of dialogue both in word and deed. He was kind, full of Joy, and full of warmth. In those wonderful brief moments, I thanked him for his principled stand on the freedom of religion and affirmed that we Muslims look forward to work with Christians and all people of good will to work for justice and peace in the world. I expressed the deep sense of pain and agony of Muslims around the world when insults are heaped upon the memory of Prophet Muhammad (Peace be upon him) or any other prophet in the name of freedom of expression.

Edwin: You have a deep shared understanding with Jesuit scholars like Prof Christian W Troll. Tell us how both of you worked together for promotion of Christian Muslim Relations in the Academic level while Prof Troll was in India and also later he left India?

Prof. Wasey: Yes, I am proud of the fact that I have been in association with scholar like Prof. Christian W. Troll. Prof. Troll is one of the distinguished scholars of Islam with specific specialisation in Islam in India. From Fr. Troll I have learnt the importance of clarity in dealing with critical questions in studying religions, the necessity of patience to preserve in the cause of dialogue, and the way in which one should study the religion of others with sympathy, at the same time without losing one’s own religious identity. In a number of occasions: conferences and dialogue meetings we worked together promoting relations between Muslims and Christians. I had my initial training as a student of Islamic Studies under Prof. Mushirul Haq and Prof. Ziaul Hasan Farooqui. Both these professors were good friends of Prof Troll and studied under W.C. Smith and Charles Adams. These great men gave a new dimension to the study of Islam with all possible objectivity.

Edwin: In India, though Christians and Muslims do not have any open confrontation on issues but their relations often seem to be very superficial. How to overcome superficiality and build lasting relationships?

Prof. Wasey: There might be some distance between the two communities for historical and socio-cultural reasons. But that is not the case everywhere and every time. Being a minority they are having common problems and therefore, Christian and Muslim leaders are now very often meeting on a common platform to find out ways and means to face the common challenges. But I agree that there is a need for having more interaction, cooperation not only between Christian and Muslim but also other sections of the society those are having a faith in secular, democratic values enshrined in Indian Constitution, since Indian Constitution treat all of us equally.

Edwin: As an Indian Muslim deeply committed to Faith and secularism, how do you respond to atrocities of Muslims who belong to groups like ISIS and Boko Haram on hapless Christians?

Prof. Wasey: I am already been on record that ISIS, Boko Haram and Al-Qaida are the worst possible enemies of Islam and Muslims and say against humanity. In word and deed they are against Islam and its values. They are not only bringing a bad name to Muslims in this global village but world must not forget one fact that they are killing more Muslims than Non-Muslims. I would also like to say that according to Quran, even the killing of one innocent person, irrespective of his region or religion, is like the killing of whole humanity. I am against all type of terrorism, extremism and mindless violence in which whosoever, may be involved. I have always said that Muslim majority nations in their respective countries must ensure the fundamental human rights to their non-Muslim minorities, which they expect for themselves in non-Muslim countries. The basic essence of Islam is love, compassion and justice therefore; there is no scope for any type of injustice, tyranny, etc.

Edwin: Often people ask though large number of Muslims do not subscribe to the views of the likes of ISIS and others, why are they (Muslims) not on streets condemning ISIS forcefully. How do you respond to such question?

Prof. Wasey: I think it is an erroneous view. Muslims throughout the world have openly raised their voices against terrorism. From Al-Azhar, Cairo to Darul Uloom, Deoband, from Sufi to Salafi scholars have issued not ordinary statements but forceful Fatwas against terrorism. In India itself there were a number of conferences and meetings that condemned the activities of these disgraced and anti-human groups. Most recently in the last week of February, 2015 a grand conference was organised by the Muslim World League in the Holy city of Makkah, under the direct patronage of the custodian of the two Holy Mosques, King Salman Bin Abdul Aziz against terrorism. The very location of the conference signifies its seriousness and importance. Often this news is covered in the Urdu media in India. That is not enough. It should be written in English and other regional language dailies. However, it should be noted that deliberate attempts by some of the vested interests around the globe spreading Islamophobia is no cure for terrorism.

Prof. Akhtarul Wasey is the Commissioner of Linguistic Minorities (CLM), Govt. of India. This office is a Constitutional authority and Prof. Wasey was appointed to this office by the Honourable President of India recently. Before he was appointed to the office of CLM, he was the head of the Department of Islamic Studies and the Director of the Zakir Hussain Institute of Islamic Studies at Jamia Millia Islamia, New Delhi. Prof. Wasey was one of the signatories of A Common Word that was sent by Muslim intellectuals to the Holy Father Pope Benedict XVI in October 2007 and other Christian leaders inviting them for dialogue. An enthusiastic promoter of Christian Muslim Relations in India he continues to support and facilitate young practitioners of dialogue from both Christian and Muslim communities to build bridge between the believers of these two faiths. Recently he was invited to participate and speak at the Conference organised by the Pontificio Instituto di Studi Arabi e d’Islamistica, Rome on their golden jubilee. 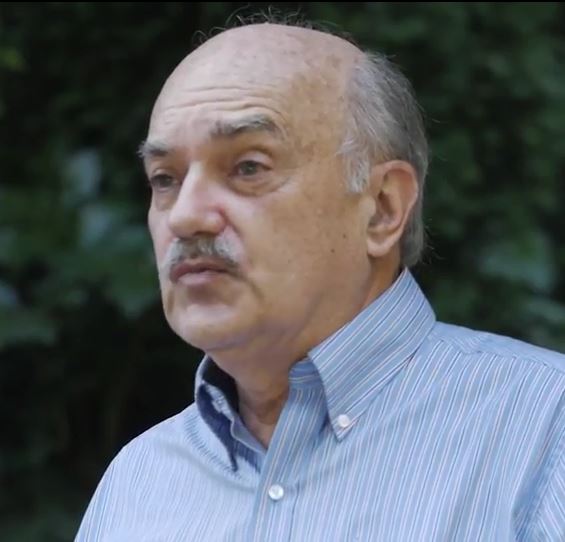 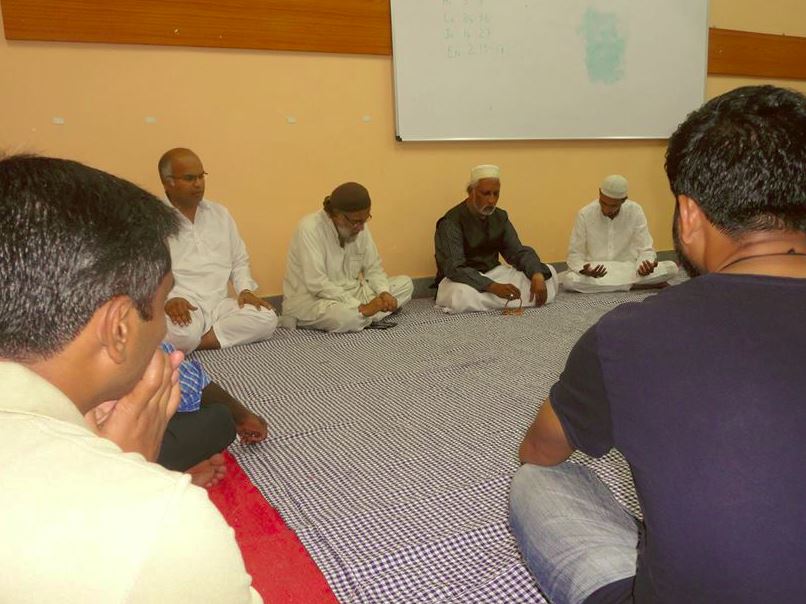