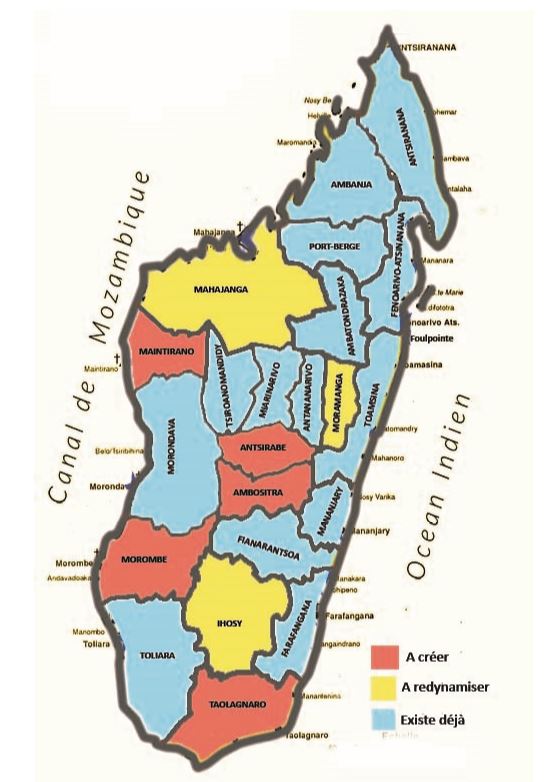 The Mouvement Chrétien de Cadres et de Professionnels de Madagascar is made up of members from the liberal professional world and executives from the public service and the private sector. In its thirty years of existence, MCCP Madagascar has gone through different periods, in its life of movement (creation, evolution within the national authority of the Church, geographical extension) but also in the face of all aspects of national socio-political and socio-economic life. Indeed, the socio-economic, cultural or environmental policies applied by the regimes that ruled Madagascar successively, as well as the lessons communicated by the Church through the Popes’ encyclicals or the Bishops’ letters, have influenced the actions undertaken by the movement.

History of the movement : from IMCS to MCCP

The Mouvement Chrétien de Cadres et de Professionnels (MCCP) of Madagascar was created on the initiative of former students who were members of the International Movement of Catholic Students (IMCS). As managers, they felt the need for a Christian commitment in an intellectual and professional environment and for appropriate pastoral accompaniment.

Holy Pope John Paul II invites us all to be promoters of a new evangelization that is better understood by everyone. Bringing the light of the Gospel and incarnating Christ’s message in professional life at all levels: this is the fundamental option of every Christian responsible.

The initial small seed has now become a tree thanks to the efforts of dedicated lay and religious leaders. The first team has been expanded and new members have joined the team. In addition to Antananarivo, teams are already active in two thirds of the twenty-two dioceses in Madagascar. Currently, the MCCP Madagascar has about 400 members in several dozen parishes across the country.

An organisation adapted to the evolution of the movement

As a church movement, MCCP Madagascar aims to promote evangelization by bringing good news to senior managers, executives and liberal professionals. “I have established you as a light for the nations that you may bring salvation to the ends of the earth” (Is 49:6). Each member contributes to the achievement of this objective by (i) witnessing his Christian faith through actions and words, (ii) ensuring the happiness of his home (harmony of the couple, education of the children).

With the expansion of the movement, it was necessary to set up multi-level structures (parish, diocese and national) and develop documents to better coordinate the actions of all the teams and comply with ecclesiastical rules.

A “national congress” is held every three years. In addition to debating a main theme, this meeting also serves to renew the members of the national office and to define the movement’s orientations and action plans for the next three years. At the last MCCP congress in 2017, the theme was taken from Pope Laudato Si’s encyclical “Laudato Si” and the action plan produced for the period 2017 – 2020 focused on the environment.

In addition, an annual coordination meeting with members of the national office and representatives of diocesan and parish teams is used to prepare last year’s report and the current year’s program, based on the three-year plan established at the last national convention. In order to preserve the memory of the movement, all the works are periodically published on written supports, namely the monthly report sheet and the biannual liaison bulletin IDEES (Information – Documentation – Evangelisation – Education – Awareness).

The MCCP trains its members

The MCCP offers a space for research and formation based on the social doctrine of the Church or an in-depth study of the Word of God, fundamental documents, such as the acts of the Second Vatican Council, the Encyclicals of the Popes, the letters of the Bishops of Madagascar, or the collections and conferences of specialists. In this way, it helps its members to have a sense of responsibility, respect for human dignity, dialogue with others (ecumenism) and good management of the common good including biodiversity and the environment.

As a movement within the church, the MCCP takes an active part in the main events organised by the Church or CEPAL (Episcopal Commission for the Apostolate of the Laity) or the material support of parishes or other associations or movements within the Church.

In addition, MCCP members are convinced of the movement’s active role in the democratization process. They are aware of the roles they must play as guardians and promoters of ethics and defenders of the achievements of democracy, fundamental freedoms and human and women’s rights. It is a long-term project that requires the mobilization of all Christian leaders worthy of the name. Thus, some members of the movement are also involved in civil society organizations, including organizations involved in the observatory of public life and those involved in election monitoring.

Opening up to the international life

The increasing internationalisation of economic, cultural, political and geostrategic relations has led the movement to consider certain problems that arise at the global level. International solidarity is essential in the search for alternatives and in the implementation of solutions. These include: poverty and hunger, debt, the environment, human rights, technological revolution, democracy, war and peace. The openness to the world through MCCP’s relations with movements and associations in other countries (MCC) as well as international organizations (Pax Romana, ICMICA, IMCS, etc.) is part of the search for credibility and mutual knowledge of each other’s experiences.

While the MCCP was still only present in 5 dioceses at its last congress in 2017, we have taken up the challenge of covering all 22 dioceses for the 3 years following the congress. One year later, we have only 5 dioceses left to do: Maintirano, Morombe, Antsirabe, Ambositra and Taolagnaro. During this congress, Laudato Si was examined and the MCCP committed itself to carrying out concrete actions throughout the island to implement the Holy Father’s directives for the safeguarding of the common house.

Like any Catholic church in Africa, the church in Madagascar is not immune to the proliferation of sects and Islam. Poverty is still rampant in Madagascar: corruption is a permanent danger for all Christians and even for Christian leaders. 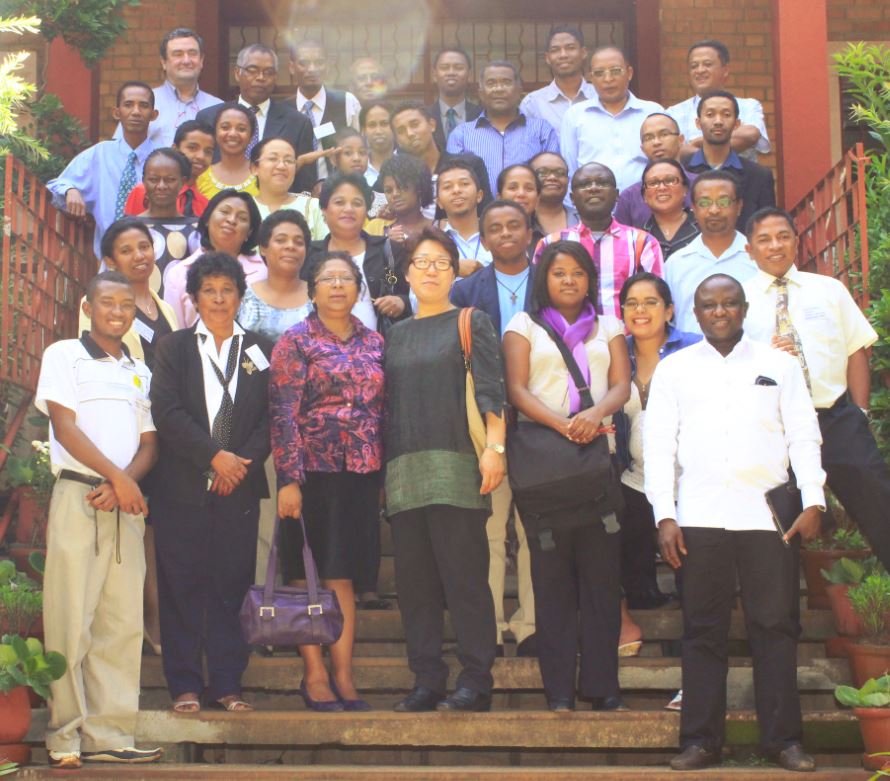