The radical roots of the new evangelization

There’s no doubt that Blessed John Paul II will be forever linked to the theme of the “new evangelisation”. But where did he get the idea?

In fact, how did the term “evangelisation”, which was hardly used in the Catholic world before Vatican II, suddenly come to prominence in the late 1960s to the extent that Pope Paul VI made it the theme of the 1974 Synod of Bishops?

These questions came to my mind recently as I prepared a talk for a recent conference on Vatican II and the New Evangelisation in Leeds. They occurred to me again in the light of this week’s Proclaim 2012 conference in Sydney.

Fortunately, Fr John Gorski, an American Maryknoll priest teaching in Bolivia, has provided an answer to the first question.

“As far as I can understand the ways things developed,” writes Fr Gorski, “it was John Paul’s involvement in the Third General Conference of Latin American Episcopate (celebrated in Puebla, Mexico, in early 1979) shortly after his election that sharpened his focus on evangelisation and gave him the words with which to speak of it.”

Indeed, Pope John Paul took up the challenge of the “new evangelisation” in his opening address to the Puebla conference.

“The future is in God’s hands. But somehow God is also placing the future of a new evangelisation impetus in your hands: ‘Go, therefore, and make disciples of all nations’,” the new pope told the gathered bishops.

As Fr Gorski points out, Pope John Paul II was picking up from where the Latin American bishops had left off in the final message of their Medellin conference of 1968 when they had called for an “intensive new evangelisation and catechesis to enable both the elite and the masses to achieve a lucid and committed faith”.

Significantly, the bishops also linked this challenge to the need to work for “a new order of justice”, thus opening the way for the theology of liberation based on the Church’s option for the poor, which was also first articulated at Medellin.

The intriguing thing is that when Pope John Paul himself next returned to the theme of new evangelisation a few months after his visit to Puebla, it was also in a context of liberation, namely the liberation of Polish workers from their own oppression.

“Remember this one thing,” the pope told the workers at Nowa Huta during his epoch-making 1979 trip to Poland, “Christ will never approve that man be considered merely as a means of production. Christ will never approve of it. For that reason he had himself put on the Cross, as if on the great threshold of man’s spiritual history, to oppose any form of degradation of man.”

The reason for this is simple. Both the Latin American bishops and Pope John Paul II are drawing on a common source. This brings us back to the second question above, namely how did the word “evangelisation” come into modern Catholic parlance?

As this article shows, the term was rarely or not used in Catholic publications in Britain until 1968 but it began to go viral around 1973-74, i.e. the time of the Synod of Bishops on Evangelisation.

In France, however, the term “evangelisation” dates back at least to the 1930s when it seems to have emerged in relation to the task of “re-christianising” the alienated and oppressed working class as exemplified by the work of the Young Christian Workers.

This was also the challenge that obsessed Fr Henri Godin, co-author of the famous 1943 book “France, pays de mission?” (Is France a mission country?) who also pioneered the worker priest movement. It is not an accident that the Pope of Nowa Huta was also the young priest Fr Karol Wojtyla who travelled to France and Belgium in 1947 to study the work of Cardijn and Godin.

Pope Pius XI also used the term “evangelisation” in a letter to the French Social Week in 1936 stating that “it is necessary never to lose sight of the fact that the objective of the Church is to evangelise, not to civilise. If it civilises, it is for the sake of evangelisation.” So again we find the concept of evangelisation linked to the context of social action.

YCW founder Joseph Cardijn, whose episcopal motto was Evangelizare pauperibus (evangelise or preach the good news to the poor), also developed this line of thinking at Vatican II, stating that “the apostolate of lay people is not first of all temporal action but essentially evangelising action in life and in the milieux and problems of life”.

And when we look at the Vatican II documents, it is again significant to find that the first reference to evangelisation comes in Lumen Gentium 8, which recalls that “Christ was sent by the Father ‘to bring good news to the poor, to heal the contrite of heart’, ‘to seek and to save what was lost’.

Lumen Gentium goes on to emphasise that “this evangelisation, that is, this announcing of Christ by a living testimony as well as by the spoken word, takes on a specific quality and a special force in that it is carried out in the ordinary surroundings of the world.”

This implies that the laity have a particular role to play, a point confirmed in Apostolicam Actuositatem, the Decree on the Laity, which notes that lay people “exercise the apostolate in fact by their activity directed to the evangelisation and sanctification of men and to the penetrating and perfecting of the temporal order through the spirit of the Gospel”.

Indeed, it’s striking that many references to evangelisation in the Vatican II documents occur in relation to the role of lay people. I believe that this is further evidence that the modern Catholic concept of evangelisation emerged historically in the context of Catholic social action.

Which is not surprising really since, at the end of the day, evangelisation is just a Greek word for what Luke 4:18 describes as bringing “Good News to the poor”, proclaiming “that captives will be released, that the blind will see, that the oppressed will be set free.”

Stefan Gigacz is  working on a PhD thesis on the role of Joseph Cardijn at Vatican II, with MCD University of Divinity in Melbourne. 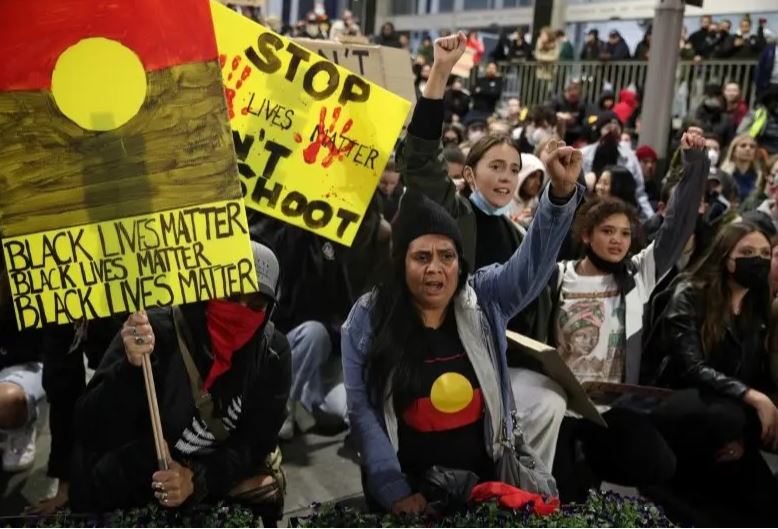 Lives at the margins matter