The feast of one of the Pax Romana saints. 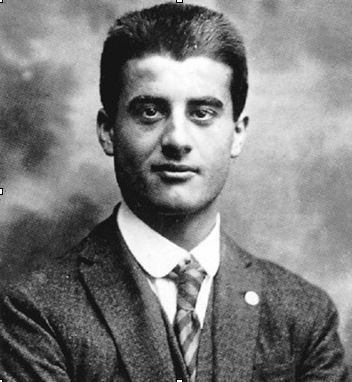 Today is the feast of Blessed Pier Giorgio Frassati., an active member of the Italian federation (the FUCI) and one of the founding members of the International Movement of Catholic Students-Pax Romana. For Pier Giorgio, Pax Romana was a way to bring about a better world after the horrors of World War I. In a letter to , he wrote: “If all peoples were to have it as their inner spirit, Pax Romana would bring peace and justice.”His life reflects many of the basic principles of Catholic Social Teaching, from the concern for issues of global justice and concern for the poor to living a life of Christian citizenship and respect for the environment. Upon entering university to study engineering, Pier Giorgio joined the local Catholic students’ club and the FUCI. At the end of the First World War, FUCI was one of the national Catholic student federations that participated in the foundational Congress of IMCS-Pax Romana in July of 1921 in Switzerland. The following month, IMCS organized a study session in Ravenna, Italy in conjunction with FUCI’s National Congress. At the Session, Pier Giorgio made an impact on the other delegates, especially with his strong call for Pax Romana and FUCI to take action in the line of Rerum Novarum by addressing the problems of the workers. His passion for hope for peace was evident to those around him. Following the Session, the Austrian representative to the Session, Miss Schwan wrote to him: “You carry the Pax Romana not only in your mouth but also in your heart.”He believed that as Christians, we should not only work for peace but should be hopeful that peace is possible:“I think peace will be a long time coming. But our faith teaches us that we must always keep on hoping we shall enjoy it one day. Modern society is wracked with the sorrows of human passions and is moving away from any ideal of love and peace.”For Pier Giorgio, IMCS-Pax Romana, as a global movement of students committed to building a better world, was a hope for that peace. In a letter, he wrote: “If all peoples were to have it as their inner spirit, Pax Romana (IMCS) would bring peace and justice.”As a committed peacemaker, Frassati was a supporter for the predecessor to the United Nations, the League of Nations. His sister recalls how:“One morning in 1919, Pier Giorgio went down into the piazza wearing his Goliard beret [a beret of medieval origins that students wore, with different colour representing each faculty] and shouted: “Viva Wilson!”, a reference to the American president who raised such hopes for lasting peace with…the League of Nations.”After the Study Session and FUCI Congress, Pier Giorgio and other Fucini (members of FUCI) traveled to Rome for the fiftieth celebrations of Italian Catholic Youth. As part of the celebrations, the participants formed a procession to the tomb of the Unknown Soldier when they encountered the Italian royal guards. The guards violently clashed with the youth and many of them including Frassati were detained by the police. During the detention, Pier Giorgio led the others in an act of prayerful civil disobedience for which he was arrested.One of the most defining features of his short life was his commitment to his faith. He was able to see God in all things and people around him especially in nature and in the poor. For Pier Giorgio nature, especially the mountains were an important element in his spirituality. He loved to go hiking and skiing with his friends. In one letter he wrote:“Every day I love the mountains more and more and if my studies allowed me I should spend entire days in the mountains contemplating in that pure air the greatness of the Creator.”For Frassati, it was his faith that inspired him to action. In 1923, he reflected on how the Eucharist compelled him to action with the poor: “Jesus comes to me every morning in Holy Communion: I repay him in my very small way by visiting the poor.”At the age of 17, Pier Giorgio joined the Society of St. Vincent de Paul and committed himself to serving the poor and the sick. While in university, he would quietly visit the sick and the poor on a regular basis for it was in these actions that he discovered Christ: “All around the sick and all around the poor I see a special light which we do not have.”For the rest of his life, he lived this commitment. In June of 1924, while preparing for final exams, he contracted polio from the sick that he visited. As he lay in pain the night before his death, Pier Giorgio’s concern was for one of the poor men who he regularly helped. Sadly, on July 4th, 1924, just short of graduation, Pier Giorgio Frassati died in his family home in Turin, Italy.