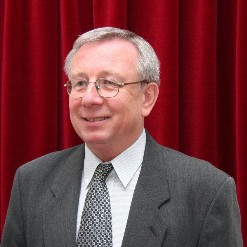 Igor Túnyi was born on 13 November 1949 in Kokava nad Rimavicou, Slovakia. He graduated at the Charles university in Prague, obtained his PhD. from the Slovak Academy of Sciences (SAS) and later on also the degree of Doctor of Sciences (DSc.), the highest scientific degree in Slovakia. He spent nearly all his carrier – with the exception of four years – at the Geophysical Institute of SAS, and served as its director for two terms. In the years 2005-2011 he was a member of the Presidium of SAS.

For many years, he has been a member of the Presidium of the Federation of the Slovak Christian Intellectuals (ÚSKI), and he has been elected the President of ÚSKI in April 2011. Dr. Túnyi coped with these new duties successfully, even though handicapped by his illness since summer 2013.

He has been active in science; his main opus, monograph on influence of magnetic field on creation and development of compact objects including our Earth, is just in press. He also received several medals for scientific results.