Young people and work: between projects and uncertainty: … in Italy

The rising youth unemployment in Italy and Europe has brought the topic of training as a factor of the development of advanced human capital and of the reaction due to the crisis back into the centre of discussions. Both scientific literature and the main Italian public decision-makers are turning step by step towards the analysis and the introduction into the system of theories, practices and models which grant the students to get acquainted with work and enterprises already during their school career: the data show indeed that almost half of the Italian youth unemployment depends on the missing connection between school and work.

The passage from graduation to the first workplace is particularly delicate, the “transition school-work”, which in our country can last from 8 to 12 months and which is often not coherent, for rather often the work one finds doesn’t correspond to the course of formation of the youngster. For a quick and coherent transition Europe proposes some instruments: alternation between school and work, orientation at school entrance and leaving, apprenticeship and culture of the enterprise. When those instruments are combined in a given territory, the transitions are improved: as a consequence, the rates of youth employment rise and meanwhile one guarantees to the enterprises a human capital that answers to the demands of production.

In the 10 top Italian provinces in youth employment (data by ISTAT) those 4 factors are all present and connected with one another. But the gap to the provinces where those instruments are not concentrated and stay isolated experiences is very remarkable: That’s the case in most of the territories of the South of Italy.

The high youth unemployment and the difficult transition school-work are structural problems not caused but aggravated by the crisis. How to solve them? By rediscovering the particular aspects of the Education made in Italy by means of a voyage which starts from the traditions of formation in our country towards the perspectives of Industry 4.0: By combining tradition and innovation the young Italians can discover chances which they didn’t imagine. A human dimension of work 2.0 is possible.

THE PAST: HANDS AND INTELLIGENCE IN ITALY. A GREAT FORGOTTEN HISTORY

In Italy formation and work have always been joined up to the sixties of the 20th century. In the tradition of private economy the Institute of apprenticeship came into existence at Carrara in 1098 at the same time when the first universities were founded (Bologna 1088). During the Renaissance apprentices such as Michelangelo and Raffaele completely changed the models by “humanising” the arts and by spreading the principle of “beautiful and well made”. In the 19th century Don Bosco makes professional formation an instrument of social reintegration of street boys and of social repurchase. During the post-war economic boom manual work and entrepreneurial spirit made our country great by laying the basis of what is known in the whole world as “Made in Italy”.

THE PRESENT: SCHOOL REFORM AND THE FORMATIVE ROLE OF ENTERPRISES In Italy the school reform which is under discussion now grants a lot of space to the relationship between school and work. The text recognizes the importance of the patterns of formation which Europe has realized as being the most efficient ones in the fight against youth unemployment, particularly the model of alternation between school and work, which presents itself as a didactic procedure compulsory in upper secondary schools. That regulation takes its sources from models of cooperation between school and enterprise which have already been experiments in certain territories (Federmeccanica, Enel, Confindustria), which can become a “system”. The relationship between the world of production and the world of formation, the partnership in formation between the teachers and the entrepreneurs, the networks between school and enterprises, these are the instruments.

THE FUTURE: INDUSTRY 4.0 AND THE NEW PROFESSIONS. FORMATION WHICH ALREADY SERVES TODAY

In the contemporary society of knowledge it’s the competences which are the central aspect due to which a worker is chosen in industries. In such an enterprise a robust and resistant worker is valued much less than a slender informatics engineer who is an expert in big-data. Thus the relationship between enterprise and formation is changing due to a concept of formative enterprise, which after several confrontations and then after several decades has emerged as fundamental.

A good school and good marks don’t make out of a youngster an expert in the management of complex machines connected to one another thanks to what one can call “Internet of things/intranet”. It is necessary to be trained on the spot, to make the immediate experience of how they function: an experience which is at the same time a possibility of innovation, a privileged space for research in the field of industrial technology. If formation and work are not reconciled, and that is first of all a cultural effort, the launching of what is now known as “Industry 4.0” is thwarted at the outset.

Formation is what characterises the career of any worker, first during the first school years, then by way of experiences during school time and then immediately during work, thanks to a continuous formation which the technological enterprises must necessarily offer. The new professions for the young people will insert themselves in the furrows of the advancing sectors of Italian industry: chemistry, ITC, pharmaceutics, metallurgy and mechanics, gum, green digital printing, domotics, robotics. Besides those advanced sectors there are other traditional ones which thanks to technologies will come into fashion again. It’s up to the school to form the competences necessary for leading the changes in production, and not only suffering them. 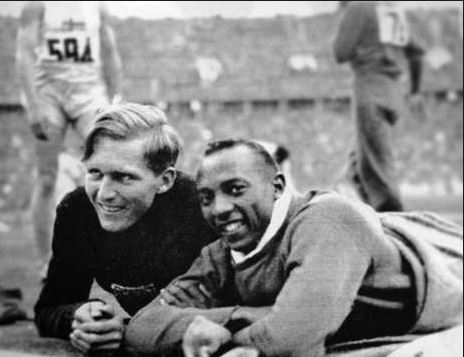 Young people and work between projects and uncertainty … in the world

Young people and work between projects and insecurity