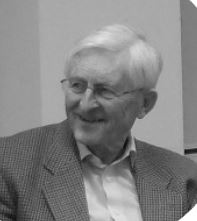 After the hecatomb of the two world military conflicts the founding fathers of the united Europe – to name just a few:  Konrad Adenauer, Alcide De Gasperi, Jean Monnet, Robert Schuman – who were devout Christians – had a dream of peaceful and prosperous Europe that would be constructed on Christian foundations.

Today, Europe of former dictatorships like those in Spain, Portugal or Greece and Europe dominated by imposed communist regimes, changed into Europe of free, independent and democratic societies.  What we have today – the Schengen zone of free movement of people, goods and services – is an extraordinary fact that is unseen anywhere else.

Various concepts of united Europe were developed. Some of them favour closer integration leading to the federal Europe.  Others, called Euro sceptics promote a Europe of Homelands with loose relations among member states.  Today, we can see how the Euro sceptics gradually become in fact objectors to the European Union. They appear to neglect the whole joint achievement of all European nations.

Political parties active in many European countries like in France, Netherlands or the United Kingdom and those who came to power in such countries as Hungary and recently in Poland, display nationalistic and xenophobic mood and openly show their unfriendly attitudes toward the EU.  Nevertheless, In Poland itself – 82% of the population strongly support Poland’s membership in the EU.

These governments promote nationalistic attitudes resulting in rejection of the idea to accept refugees and grant them shelter. Great majority of the Polish society claims to be Catholic and at the same time many are against refugees, what is hardly possible to combine.  Luckily, the Polish bishops have appealed for the refugees, however the common response was rather unfavourable.

I feel, in the light of the events in the Mediterranean off the shores of Turkey, Greece and Italy and recent developments at Macedonian-Greek borders, that what was said above may have only historic significance as all that may mean the beginning of great Migration of Nations and perhaps the end of the European civilisation.

Whatever can be said, United Europe has to show intra-European solidarity, regardless of particular interests and according to the old notion „Unus pro omnibus, omnes pro uno” – One for all, all for one.  On the other hand, the most important commandment of Christian faith that says “Love your neighbour as you love yourself” does not demand that we love our neighbour more than we love ourselves. Finding the right solution is a must.

What should we do? I do not believe anybody can today give the right answer. In Poland, we have a saying that if you do not know how to behave, you have to behave respectably. If we lose our spirit of collaboration and habit of dialogue and negotiation rather than fighting, if we lose what is the most valuable benefit of the post-war Europe, we can only wait for disaster. We, as Catholic movements, should promote Christian behaviour in Europe and at least create an atmosphere of brotherhood and solidarity.

Despite practical absence of immigrants in Poland so far, we in the Warsaw KIK have set up a team working for the refugees. Our volunteers already gave their hand at the Hungarian border, where thousands of Syrians and other people in need are gathering and are kept in horrible living conditions. Moreover, it is necessary to remind something what is often neglected in Europe: the role and influence of Russia in the process of European disintegration. Russia has its contribution to the generation of the waves of immigrants flowing into the UE from Syria. It is not a conspiracy theory but really extensive issue. This is something we have to take into consideration before it is not too late.