Democracy and the parliamentary system

Recently I was on a talk show where the topic under discussion was democracy and the parliamentary system. During the discussion, I was struck by the extent to which our current understanding of democracy has narrowed. I believe this is a point of critical importance for left-wing, progressive political movements such as the NPP to consider. Deepening our understanding and discussion on democracy is vital and political movements such as the NPP are ideally positioned to do so.

That the idea of democracy and the role of the citizen has been systematically reduced in recent times, simply to the idea of elections and casting a ballot is of course not new or surprising. Many left-wing political commentators have been writing about the crisis in liberal democracy particularly as a characteristic of the neoliberal turn in capitalism.

Chantal Mouffe, for example has written extensively about the anti-democratic tendencies in neoliberalism including the disenfranchisement of people’s voices as traditional spaces for resistance collapsed or were suppressed. The weakening of trade union and class-based resistance movements is especially relevant in this regard. The public sphere as shrunk or has been dominated by highly partisan

media companies both traditional and new, and the NGOisation of civil society has also meant that social movements have become quite narrow in their agendas. At the same time, what we can observe in liberal democracies world over is the declining role of parliament as corporate interests increasingly wield influence over political parties and politicians and a small, closed circle of politicians, bureaucrats and business people form a ruling oligarchy.

As people’s needs are increasingly marginalised and their disenfranchisement is materially experienced in terms of economic precarity, crisis in social care and sense of personal failure, the public’s growing anger is directed towards institutions such as the parliament and elected members of that and other bodies. World over, trust in politicians, political parties and elected bodies has declined. In Sri Lanka, in the popular narrative, this is expressed in various ways – questions are raised about parliamentary privileges, qualifications of parliamentarians and the financial cost and benefit of maintaining parliament and other elected bodies. Most of the questions directed at me during the talk show reflected these sentiments.

While there are serious questions to be asked about the effectiveness of the parliament, can they be resolved through any of the measures that are popularly discussed? For instance, imposing certain educational qualifications or limiting privileges of parliamentarians such as salaries, pensions and other benefits? Certainly, in the case of duty-free car permits, pensions after 5 years etc. there needs to be a serious discussion. Yes, elected officials must have vehicles to facilitate their work, but these need not be luxury vehicles. Also, when all other public officials need to work much longer to qualify for pensions, why make an exception for elected officials? But, are these the privileges that attract people to this profession? And what are the appropriate educational qualifications for people’s representatives? What evidence do we have that show that those with high educational

qualifications are more effective people’s representatives than those who are less educated?

The real corruption among people’s representatives is not because of the emoluments they receive but because of the intimate links between political parties, politicians and special interest groups. This goes down to the lack of oversight of campaign expenditure or any monitoring/control of campaign financial contributions. Politicians have to raise massive amounts of money for their campaigns and those who donate towards campaigns do so in exchange for favours if the party/person gets elected. Special interest groups whether corporate or those who advocate specific policies often fund election campaigns. The influence wielded by corporate and special interest groups whether by direct corruption (bribes, commissions, patronage) or unethical lobbying and funding of election campaigns is one of the most significant causes for the democratic crisis we are currently facing. At the same time, we have very few ways of exposing or minimising conflicts of interests. In the current political culture, it is perfectly permissible for politicians and their close family members to be intimately connected with businesses or organisations that directly benefit from political patronage. And worryingly, this is not limited to legislators and the executive but extends to other branches of government such as the judiciary and the public service. Include the military into this configuration – as in, the increasing entry of the military into profit-making ventures such as hospitality, agriculture and even education – the disenfranchisement of citizens becomes even more obvious.

Yet, there is very little public discussion on these issues. Public opinion is limited unfortunately to railing against the parliament, which plays right into the hands of authoritarian leaders who wish to bypass and/or weaken the parliamentary system anyway.

The threats to democracy today are manifold – not least the weakening of the role of the parliament, not simply because the quality of parliament has deteriorated but because of how the Executive has eaten into the powers of the parliament. While stability was one of the main campaign slogans of this government – in practical terms, their 2/3rd majority in parliament has led to one of the most ineffective governments in recent times. With little room for oversight, discussion and debate, the government is making arbitrary decisions which they are forced to reverse in days if not weeks. So much so that social media is full of memes and jokes about this confusion in government ranks. An allpowerful Executive is dangerous when a wily but highly intelligent politician is in charge as we saw too well with the first executive president of this country – but today we are seeing the dangers that it can hold when dizzying levels of incompetence are matched by a complete lack of political awareness. Since the introduction of the Executive Presidential system to this country, the only moments where even a modicum of progressive, pro-people measures were possible was when the Executive was forced to negotiate and collaborate with the parliament in order to maintain power. Two instances spring to mind: the passing of the 17th Amendment and the 19th Amendment. At all other times, the Executive Presidency has been antidemocratic for Sri Lanka.

So, waning public confidence in the parliament and in elected bodies is extremely counterproductive from a democratic point of view. Even within the limits of the capitalist system, a parliament can be made to work in the interests of the people – however, that has definitely weakened in recent times. More dangerously, public engagement in democratic activities has become more and more restricted. What we need is a more radical understanding of democracy where all institutions are subject to more democratic mores and people’s franchise is understood as active engagement in the polity. For this, what we need is a much more vibrant public sphere. But traditionally, the public sphere has been quite exclusive – often marginalising women, the differently abled and minorities. A project for radicalising democracy must ensure a more inclusive public sphere as well as a deepening public understanding of democracy.

The necessary bases of a European community 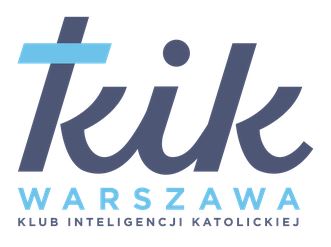