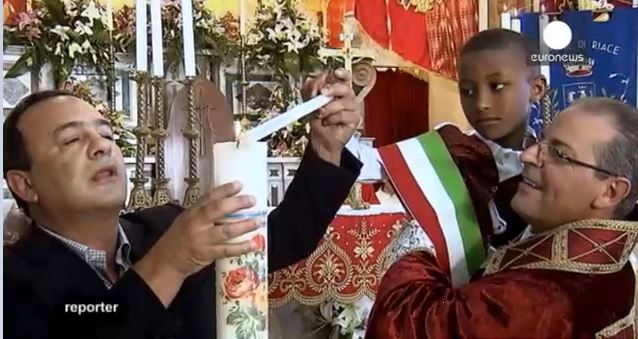 It was a special day in Riace, a small village in Calabria, in southern Italy, as residents recently celebrated Saints Cosmas and Damian — doctors of the poor, patrons of Riace and of gypsies.

There was also a special guest joining the mayor to open the ceremony: 9-year-old Even, who had arrived from Ethiopia just three days before.

“Saint Cosmas and Saint Damian came from Syria. Today Syria is in many ways at the centre of the world’s problems; there’s an exodus that’s unprecedented in the history of mankind. Today, in Riace, we have a child as a symbol of hope, of a new life, to which all humans are entitled,” Domenico Lucano, Mayor of Riace, said during the celebrations.