Italian elections: a country to repair 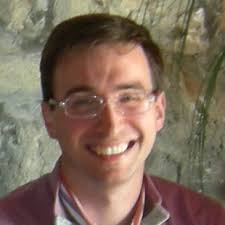 The outcome of the elections of March 4 is a political framework that is both profoundly new and extremely fragile. However, there is a further level which is primary and essential. The electoral result in fact reflects deep fractures that cross the country with the result of an apparently blocked parliament. One, of a social nature, is rooted in a growing gap between wealth and poverty, in the diffused intolerance towards a redistribution of wealth through a completely inadequate social and fiscal system and in the sense of injustice for a job whose dignity has been and is too often trampled. The other fracture is geographic and passes through the simultaneous success of the center-right in the central-northern part of the country and the one of the 5 Star Movement in the central southern part.

This is a vote that responds to fears, worries and expectations that have gradually distanced themselves almost to create a disconnection between the North, which has considered immigration issues as a priority and a radical reduction of the tax pressure, and the South, for which the urgency is instead poverty, unemployment and corruption in the ruling classes of the “traditional” parties. These are individual and collective tensions that risk to be opposed and to conflict with each other. It creates a demand regarding the policy that appears oversized compared to the real ability to find viable solutions.

The political forces that will sit in the new parliament have the task of working to compose these multiple lacerations. It means first of all to remember that there is an intrinsic limit to political action, which cannot claim to reduce to itself the various, plural and complex reality of an entire country. This is an uprising of self-awareness on the part of politics that today is more urgent than ever, to avoid charging the country with expectations which will lead to disappointment, more fears, tensions and fractures. Within the framework of our life as a political community sharing a European destiny, the value of democratic institutions and their preservation go beyond any exigence of a part, of any defence of particular interests even legitimate, of any dynamic or dialectic internal or external to those parties that should be the instruments of citizen participation in the functioning of our parliamentary republic.