Freedom of Expression on the decline in Sri Lanka 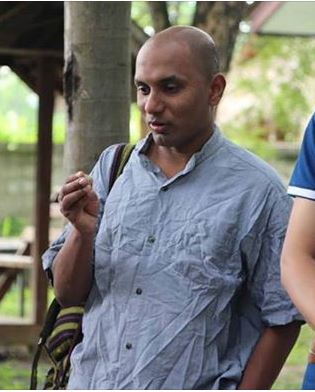 The last twelve months, since World Press Freedom day 2017, has not been a good year for freedom of expression in Sri Lanka. The war ravaged North bore the brunt of repression, while there were also several incidents in other parts of the country. Victims included journalists, lawyers, activists, artists and in particular those speaking out and advocating on issues such as of women’s rights, gender and sexuality. A website that had published content critical of the President was blocked, following an intervention from the Presidential Secretariat. With very few exceptions, impunity reigned for past violations of free expression, including most serious ones such as killings and disappearances of journalists and media workers and arson attacks on media institutions. At an event organized by the Free Media Movement (FMM) on the eve of World Press Freedom day, all the speakers and several participants acknowledged the lack of movement in structural reforms to the media in Sri Lanka in the last year.

In March this year, the Army was reported to have detained and questioned Shanmugam Thavaseelan, a Tamil journalist reporting about Army’s alleged attempts to seize the land of a destroyed LTTE cemetery. When the journalist had refused to hand over his camera to be searched, he was interrogated by the Army who implied that his days were numbered and also subjected him to verbal abuse. The Army appeared to have acknowledged this during an inquiry by the Human Rights Commission, but there were no reports of even disciplinary action against the responsible officers. In December last year, a group of Tamil journalists doing research on Sinhalisation in the Tamil majority Mullaitivu area were reported to have been detained and questioned by Army and Police, their cameras and equipment seized and photos and videos deleted. The identity details and vehicle registration numbers were also recorded and were photographed by the soldiers.

Also in December, in two separate incidents, two Tamil journalists, Subramaniam Baskaran and Shanmuganathan Manoharan were reported to have been beaten. In July, another Tamil journalist, Uthayarasa Shalin was reported to have been stopped by two soldiers when he was travelling to Maruthankerny, to report on a protest by Tamil families of disappeared, and accused of writing lies. Also in July, Northern Tamil print and broadcast journalist T. Pratheepan was reported to have received multiple summons by the Criminal Investigation Department (CID) to appear in Colombo to testify about broadcasting a press conference, and after informing his inability to travel to Colombo, he was interrogated for three hours about the press conference and was asked to produce footage. His statements, given in Tamil, were transcribed in Sinhala – a language he does not understand and he was pressured to sign this Sinhala document despite being unable to verify its contents. Tamil journalists in the North reported continued surveillance and intimidations.

In a bizarre incident, V. S. Sivakaran, the head of the Federation of Community Organisations in Mannar was reported to have been summoned to appear before the Terrorist Investigation Department (TID) in Colombo, in relation to a letter he had written to President Sirisena, ahead of the latter’s plans to visit the opening of an allegedly illegally constructed Buddhist temple in the vicinity of the historic Thiruketheeswaram Hindu Temple in an area with no Buddhist residents. In his letter, Sivakaran is reported to have criticised the President for his planned participation in the event and that the President’s attendance at the opening ceremony would be marked with protests from aggrieved locals. Sivakaran had not issued any threat to the President’s person.

Mariyasuresh Easwary, a Tamil woman whose husband had disappeared and has been vocal leader of a prolonged protest demanding truth and justice was assaulted in Mullaitivu. A rights activist was interrogated and beaten on his way home after speaking at an event. A memorial event to remember and grieve for Tamils killed in the war was stopped and organisers harassed and subjected to investigations. In November, two Tamil youths from the Vavuniya district in the Northern Province posted a photo on Facebook showing the Vavuniya District Secretariat office, the purpose of which appeared to be to draw attention to a poster of a tree planting campaign and a large tree behind the poster that looked as if it had been cut. They were questioned by the Vavuniya police, and made to sign an affidavit written in Sinhala, a language they don’t understand, and were told that they could lose their jobs and that they could not photograph Government offices nor critique their actions.

These incidents indicate a trend where the Army and Police seems determined to restrict reporting on matters considered to be sensitive such as disappearances, remembering war-dead, Sinhalisation, land, militarisation and anything critical of the government.

Freedom of Expression outside the North

While freedom of expression was under the greatest strain in the North, there were also several alarming incidents across the rest of the country from 2017 to 2018. Lakshan Dias, a human rights lawyer speaking about the rights violations of religious minorities on TV was threatened by the then Minister of Justice and was compelled to flee the country temporarily, and was subjected to lengthy interrogation on return. Sudesh Nandimal De Silva, an eyewitness and vocal campaigner seeking justice for prison massacre had his house shot at, and received death threats by phone. Human rights lawyer Senaka Perera who had filed a petition on behalf of Nandimal, also received death threats by phone. There were vicious threats online against them and others campaigning for justice. On October 6, Police Assistant Superintendent Roshan Daluwatte was recorded assaulting journalist Susantha Bandara Karunaratne while the latter was being taken into custody. The video of Karunaratne being held by two police officers while Daluwatte slapped him went viral online and was widely broadcast on television. The Human Rights Commission launched an investigation into the incident shortly after.

In general, foreign journalists found access and the working environment  in Sri Lanka favourable, but in March 2018, a week after the attacks on Muslims by mobs identifying as Buddhists, heavily armed Army and Navy personnel tried to stop an Al Jazeera crew with government accreditation, from filming by the roadside. One soldier warned that they don’t like the situation ongoing in the area being known overseas and another stated that they had been ordered not to allow filming in the area, though this was later denied by the Director General of the Government Information Department.

In March this year, the government restricted access to several social media platforms for several days in the aftermath of attacks against Muslims by mobs identifying themselves as Buddhists in the Kandy district. Right To Information (RTI) requests by the editor of the citizen journalism website Groundviews revealed that the website Lanka E News was blocked, after a letter from the Presidential Secretariat to the Telecommunication Regulatory Commission noting that the website has been publishing false articles about the President and family members and asking the TRC’s Director General to “take suitable action”. Earlier on, Groundviews had managed to obtain a list of 13 websites that had been blocked from 2015 onwards by the TRC, with at least in four instances, the order coming directly from the Presidential Secretariat, who via the Media Ministry had made applications to block specific websites, often on the grounds of providing incorrect or false information about the President.

Reprisals for expressing opinions and advocating on women’s rights, gender and sexuality

In April this year, a performance in Colombo titled “Cardinal Sin”, by Grassrooted Trust, looking at proposed reforms to abortion law was barred by the government’s censorship arm, the Public Performance Board. The performance was part of an annual event called “V day”, the 2018 version of which was called “PatriANarchy” focusing on how patriarchal values continue to inflict violence in Sri Lanka.

The Muslim Personal Law Reforms Action Group (MPLRAG) , which have expressed strong positions against discriminatory and oppressive elements of the Muslim Marriage and Divorce Act (MMDA) have often come under attack in social media, with accusations ranging from them being a group operating in secret, being Israeli agents, not looking like Muslim women etc. Those expressing opinions and advocating in favor of equal rights for Lesbian, Gay, Bisexual and Transgender persons also faced vicious attacks on social media. Women’s dresses, ranging from abaya to bikini also drew criticism on social media. In April this year, the English language “Daily Mirror” newspaper used words such as “nag”, “nitpick”, bemoan”, “lamenting” to describe women who went to courts against discriminatory laws.

In August 2017, Nadesapillai Vithyatharan, who was abducted in 2009, tortured and subsequently dumped on the roadside while he was editing the Colombo based “Sudar Oli” paper during the war had asked a senior Sri Lankan journalist Sunanda Deshapriya, ‘Why is this Government not investigating my abduction? Is it because I am not a Wickrematunge or Ekneligoda?’ The then Secretary to Defense had told an Australian TV, “Vithyatharan is a terrorist, so we arrested him”, and Vithyatharan identified two policemen who came to abduct him by name as Ranganathan and Wijerathana. But still, there is no arrests and none of these three have been even questioned to the best of our knowledge. Tamil journalist Subramaniam Ramachandran disappeared in February 2007 after being seen at an Army checkpoint.

Another Tamil journalist Subramaniyam Sugirtharajan was killed in January 2006 after he had published photos indicating 5 youth killed in Trincomalee in 2006 were by shooting and not due to grenade injuries as narrated by the Special Task Force (STF) of the Police. The Uthayan newspaper office have been subjected to arson attacks and it’s journalists and media workers killed, disappeared, assaulted and threatened numerous times during and after the war, but no one has been arrested, prosecuted or convicted.

In contrast, there has been some progress on three few high profile journalists cases in Colombo. In relation to the killing of Sunday Leader newspaper’s editor Lasantha Wickramatunga and the abduction and torture of Deputy Editor of the Nation newspaper Keith Noyahr, a senior Police Officer an Army Officers were arrested this year.

But after some arrests and revealing of significant information to courts, the case of Prageeth Ekneligoda disappearance seems to be stagnating since about 2016 when all the suspects were released on bail, the last of which was just after a public statement of the President criticising the detention of Army intelligence personnel. Both the Criminal Investigation Department (CID) and State Counsel leading the case on behalf of the Attorney General’s (AG) department, had repeatedly told courts of the Army providing false information, denying possession of evidence, delaying production of evidence and misleading investigations and courts. They had also reported a lack of cooperation and obstructions towards investigations from the Army, and intimidation towards witnesses. A key witness, who had seen and questioned Ekneligoda in the Giritale camp on 25th January 2015, has complained to the Police about a conspiracy to harm his life from the Giritale camp. Significantly, more than three years after the new government came into power, there have been no prosecutions even in these cases, in May 2008, January 2009 and January 2010 respectively.

In the annual World Press Freedom Index compiled by Reports without Borders (RSF), Sri Lanka still languishes in the “bad” or “red” category (Above very bad, but below Good, Fairly Good, Problematic), placed 131 out of 180. The RSF index indicates that Sri Lanka’s situation on press freedom has improved in relation to other countries by ten notches in the last year, but it should not be misunderstood or misinterpreted as indicating an improvement of the situation of press freedom in Sri Lanka since 2017.

Although there has been no killings or disappearances of journalists, media workers or arson attacks on media institutions during this period, the many threats to Freedom of Expression in last 12 months such as those mentioned above, and impunity for past violations, makes it clear that Freedom of Expression was on the decline in Sri Lanka in 2017-2018.