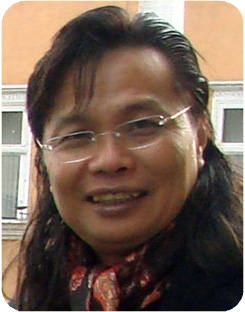 Asian democracy is invariably uneven, ranging from the regressive democracy of Myanmar, Philippines and Vietnam to the more authoritarian in China, South Korea, and finally the more robust democracy of Indonesia, Malaysia, Singapore and the Philippines. Democracy is a phase in the political theory of Barbara Geddes who explains how the different kind of totalitarian regimes, from military, single-party, personalist, or amalgams of pure types, morph into different post less-totalitarian and more democratized regimes. In other words, democratization leads to the downfall of dictatorship which is facilitated by poor short-term economic performance. On the other hand, greater economic development leads the citizens to demand for greater democratic governance.

Since the coup in 1988, Mynamar has effectively become a one-party military dictatorship for 22 years under the State Law and Order Restoration Council / State Peace and Development Council (SLORC/SPDC). Since 2004 SLORC was bent on disciplining the flourishing democracy by reconvening the National Assembly to draft a new Constitution. SPDC/the junta initiated the democratization process due to its concern over Myanmar’s dependency on China, and wanted more respect rather than being a pariah state. Eventually under Than Shwe, the

junta was dissolved on March 30, 2011 and a nominally civilian government initiated transformative policies since the leadership was concerned more about regime maintenance, international reputation, and geopolitical independence, motivated Myanmar’s strategic decision to reform and open.

Thailand has at least 11 “successful” and nine “unsuccessful” military coups. As recent as 2014, Thai Army General Prayuth Chan-Ocha staged a coup. The coup was seen as a victory for the elites to quell the populist movement that has won every national election since 2001. Thailand has also been, by most standards, an economic success story and a wellfunctioning society, consistently outperforming almost all of its neighbors. Close to 100 percent of the population has running water and electricity. The country boosts a robust health care system for the rural communities. The unemployment rate is only around 1 percent. And American and Japanese automotive factories together export more than a million cars a year from the country.

North Korea and China are examples of one-party and personalist regimes. Kim Jong-Un, the current leader with a strong military backing, dispenses coercion and cooption and he enjoys a strong ally in China. Jong-Un was able to shore up his political clout through the recent summit with President Moon Jae-In at the Peace House at the DMZ on April 27, 2018 and with President Trump through the Singapore summit on June 12, 2018. In the meantime, China has witnessed a recent transition to a one-man-one-party-rule at the 19th National Congress of the Communist Party of China (18-24 October 2017) that abolished the collective leadership under the former President Hu Jintao who governed China through the 9-member Politburo Standing Community. The 10-year limit was introduced by the late paramount leader Deng Xiaoping in the 1980s to ensure stability following the turbulent one-man rule of the Communist China’s founder Mao Zedong. This abolition aimed at implementing the Xi Jinping Thought on Socialism with Chinese Characters for a new Era now enshrined in the Party’s Constitution. In Xi’s lifetime, China hopes to boost a world-class military, a bustling innovative sector in science and technology, and a robust global economic powerhouse. However activists like Hu Jia fear that the one-party-one-man-rule only warrants greater tightening of the already strict controls on media, civil society and religion.

Singapore, Malaysia, Philippines and Indonesia enjoy robust democracy. In the last decade, the opposition in Singapore and Malaysia has steadily gained more seats in the general election. Singapore enjoys an asymmetrical democracy where the ruling People Action Party (PAP) controls 93 per cent of parliament (83 seats) while the Workers’ Party only hold 6 seats in parliament. Both the PAP and WP, facing issues of the rightful succession, are gearing up for the next general election in January 2021. The exception is Malaysia where the opposition (Pakatan Harapan), under the erstwhile leadership of Mahatir deposed the authoritarian and most corrupt regime of Najib and the 61 year grip of power by the National Front (Barisan Nasional) in the general election on May 10, 2018.

The Philippines enjoy a robust and politically active civil society with civil liberties that ensures greater freedom and rights of the citizens co-existing with the feudal political systems of the wealthy oligarchy. The EDSA revolution staged by the civil society has kept the oligarchy in check and continues to regulate the dictatorship of President Duterte and rein in the EJK (extrajudicial killing) that has claimed 12,000 lives since Dutere took office in June 2017. President Jokowi, elected on October 24, 2016, has attempted some measures of economic reform by cutting government fuel subsidy, increased allocation of funds for infrastructure, health and education for the most vulnerable. The civil society has remained steadfast in its defense of the democratic space for religious minorities, victims of the abusive blasphemy, the imprisoned Papuan and Moluccan political prisoners for their nonviolent expression and resistance against the unlawful abuses of the Indonesian security forces.