When immediacy can put democratic life at risk 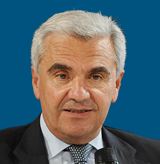 The collapse of the Morandi bridge in Genova and the story of the ship Diciotti waiting for disembarkment of refugees in Sicily: as often happens, many Italians suddenly discovered themselves experts in great infrastructural works and migratory flows and used above all the social medias to convey opinions, invectives, often grudges.

A constant characteristic of these positions is their immediacy, not only in the temporal sense, but often also in the logical one, that is without adequate reflection and deepening. And, alas, sometimes even this or that institutional responsible has risked to stumble in this trap, whose function would require counterweighting and prior information.

Most of the time it is a matter of ignorance or forgetfulness about the history of a problem. In this way, suggestions are made for the restructuring or nationalisation of motorways without taking into account the lengthy technical and political debate on the preferability of public intervention in terms of regulation and control rather than as owner and operator. At other times, it notes the clear gap between the real extent of a phenomenon and its perception: this is the case with immigration. Not only the distinction between immigrants and refugees seems to escape to many, but prevails the conviction, denied moreover by all the available data, of being invaded by an impetuous and unstoppable torrent of migrants, mostly black and Muslim, when instead immigration has been stable in Italy for some years now and is composed, in prevalence, of women and people of the Christian religion; or the belief that it is Europe that bears the brunt of the reception burden and within it, Italy, while 5/6 of the refugees are received by developing countries and the Italian percentage of the population is among the lowest in Europe (Eurobaro¬metro-Istituto Cattaneo data).

Under these conditions, rather than envisaging the strengthening of referendum-type instruments of direct democracy, it would be useful to initiate or strengthen experiments in deliberative democracy, i.e. opportunities for reflection, deliberation and debate, and thus, at the end, to be able to reach decisions that are genuinely subject to verification by an informed and formed public opinion.

Utopia? Maybe yes, judging by the marginality of the voices that invite us to inform ourselves and reflect, and by the noisiness, on the other hand, of those that express opinions (and sometimes insults) with simplified immediacy. But the immediacy thus practiced can put democracy at risk, which is a synthesis of popular-electoral consensus, guarantee of rights, and separation- balance between the powers of the State.

Translated from Italian by Philippe Ledouble