This book is the result of a collective effort undertaken to observe and celebrate the occasion of the fortieth anniversary of Pax Romana ICMICA.

As a whole, “Memory and Hope” is a mosaic made up of various contributions which, with the modest resources available, illustrate the regional and socio-cultural diversity, as well as what the different generations belonging to our movement have brought to it. Diversity, is, therefore, a central feature of ICMICA, forty years after its creation.

Present in more than eighty countries in all the continents, totaling more than two hundred thousand people, ICMICA today has the enormous responsibility of being a Christian presence in the different intellectual and professional milieux at the local, regional and international levels. The building of peace, the humanisation of culture, human liberation, solidarity between peoples, and action for justice are still challenges for Pax Romana today.

We live in a period of history when humanity is becoming more and more aware that it can be an active subject of its future, a future which is open and which is not the result of pure chance. On the contrary, women, and men of different social classes, peoples and cultures, political and economic forces hold in their hands the power to change, more or less radically, the structures and events which influence the common destiny of mankind, that is, of its survival.

It is those women and men who have had the opportunity to have access to the different avenues of scientific knowledge, or who have important responsibilities in the political or economic fields, who are especially called to work for the construction of a more just, free and sharing society, where the flowering of each woman, of each man, of each child, can become a reality. This historical idea corresponds not only to the v1s1on of the founders of Pax Romana but also to our faith in the Lord Jesus who has made a new genesis of the world possible.

In a way that is not necessarily systematic, this book which commemorates 40 years of ICMICA, offers lines for reflection on the past and the present-day reality of the movement at the same time as looking to the future. Indeed, we want to prepare a future where the witness of the Gospel, the experience of a Church in communion, the courage of a Christian and prophetic presence in the world, allows us to be faithful to our mission of service, especially to the poorest.

ICMICA today is a global reality still in search of an institutional expression that corresponds to this dimension. Here is a challenge for our movement, a challenge that will be highlighted in the coming years. 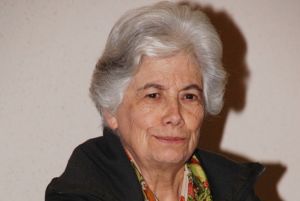