Towards COP21: impacts of climate change

Europeinfos is starting a series of articles to better understand the issues in relation to COP21 and the current and future challenges that climate change presents for Europe.

The next UN Conference on Climate Change, COP 21, will open in Paris on 30 November 2015. A lot is expected of this Conference as it is the decisive moment to renew the Kyoto Protocol providing the international community with an effective mechanism to deal with greenhouse emissions at a global level. Although expectations are very high, there is a growing scepticism on the ability of the Conference to deliver. Since Copenhagen, the UNCCChas not shown the capacity to reach concrete and effective agreements. This time the urgency to renew the Kyoto Protocol can exert a positive influence in order to achieve ambitious results.

Because of the importance of the topic and of what a successful agreement could mean for Europe, Europeinfos has decided to produce a series of articles that intend to present the main issues involved and the European response to the challenges of climate change not only globally but also at regional levels. These articles aim to provide accessible and relevant information that can help our readers to better understand the importance of the UN Conference that will take place in Paris.

To start the series, our focus will be on the already identified impacts of climate change in Europe, and on the projections for the next years, as outlined by the Intergovernmental Panel on Climate Change (IPCC). Its Fifth Assessment Report takes extracts from the report produced by the Working Group II devoted to the impacts, adaptation and vulnerability to climate change. It is important to highlight, for those not familiar with the IPCC reports, that the IPCC does not conduct research itself. In that sense we cannot consider the contributions of the IPCC as original, but the Panel makes a wide and deep compilation of the relevant scientific, technical and socioeconomic literature. In this case citing more than 12,000 scientific references.

The average temperature in Europe has continued to increase, with regionally and seasonally different rates of warming being greatest in high latitudes in Northern Europe. Since the 1980s, warming has been strongest over Scandinavia, especially in winter, whereas the Iberian Peninsula warmed mostly in summer. The decadal average temperature over the land area for 2002–2011 is 1.3° ± 0.11°C above the 1850–1899 average. Since 1950, high-temperature extremes (hot days, tropical nights and heat waves) have become more frequent; while low-temperature extremes (cold spells, frost days) have become less so. The recent cold winters in Northern and Atlantic Europe reflect the high natural variability in the region, and do not contradict the general warming trend. In Eastern Europe, including the European part of Russia, the summer of 2010 was exceptionally hot, with an amplitude and spatial extent that exceeded the previous 2003 heat wave.

There will be a marked increase in extremes in Europe, in particular, in heat waves, droughts, and heavy precipitation events. The analysis of trends in droughts is made complex by the different categories or definitions of drought (meteorological, agricultural, and hydrological) and by the lack of long-term observational data. Southern Europe shows trends toward more intense and longer meteorological droughts, but they are still inconsistent.

Climate change is likely to increase cereal yields in Northern Europe but decrease yields in Southern Europe. Climate change will increase irrigation needs but future irrigation will be constrained by reduced runoff, demand from other sectors, and by economic costs. By the 2050s, irrigation will not be sufficient to prevent damage from heat waves to crops in some sub-regions. System costs will increase under all climate scenarios. Integrated management of water, also across country boundaries, is needed to address future competing demands between agriculture, energy, conservation, and human settlements.

Observed climate change is affecting a wide range of flora and fauna, including plant pests and diseases and the disease vectors and hosts. Climate change is very likely to cause changes in habitats and species, with local extinctions and continental-scale shifts in species distribution.

The contribution of the IPCC can only be praised and it provides robust scientific research to the debate. In the last fifteen years the amount of research related to climate change has grown exponentially; this makes the political debate focus more on the mitigation and adaptation measures deduced from the science contribution. The urgency is evident.

In the Church also there are growing expectations for COP 21. It has been announced that Pope Francis’s next encyclical will focus on climate change with the declared intention that the Pope’s aim is to influence the U.N. climate meeting in Paris in December this year. On the flight from Sri Lanka to Manila, Pope Francis talked with the journalists and declared: “I don’t know if climate change is all man’s fault, but the majority is. For the most part, it is man who continuously slaps down nature. We have, in a sense, lorded it over nature, over Sister Earth, over Mother Earth. I think man has gone too far. Thank God today there are voices that are speaking about this.” 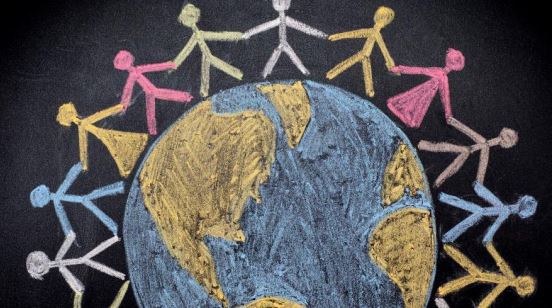