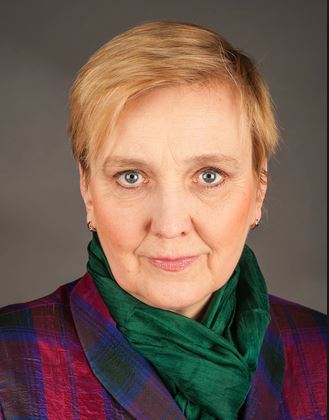 I hear people saying and repeating phrases like “we must rethink Europe, we must reinvent Europe, new Europe…Do we really need that?

years old but it is neither too old nor dated. This does not at all mean that there are no challenges for us today.

The questions to us, next generations, is: do we fulfil this vision which was laid for us by the Founding Fathers with an ever better content? Do we adapt it to the quickly changing reality? Don’t we loose the essential? And may be most important: are we, each of us, really convinced Europeans and are we really involved in this magnificent project?

It would be a breakneck exercise to try to look at the project of our Common Europe, without a Christian perspective. And this not only for the fact that the 3 gentleman who prepared it for us, were very convinced Christians, Catholics to be more precise. I am absolutely convinced that the source of their doings was quite simply the fact, that they treated seriously the commandment that is the corner stone of Christianity: love your neighbour as you love yourself. And the neighbours were not only those people who lived in their times, that means not only those who lived in France of Robert Schuman, in Germany of Konrad Adenauer and in Italy of Alcide de Gasperi and other parts of Europe five years after the most horrible war, but also us, the generations after them, who were to be protected from such ordeals.

If those 3 politicians hadn’t treated the commandment of love seriously, they would not be able to overcome the pain of the still fresh wounds which, in the then recently finished war, their nations gave to each other and they would not be able to sign a common declaration of togetherness and of “never again”. It was not only an act of forgiveness, but also an act of mobilisation of maximum of good will: for the sake of those around us and for the sake of those who will come after us, let us replace national divisions by a multinational union. We must not imagine that the Schuman declaration was enthusiastically received by the French, who were still loaded with hatred against the Germans, or by the Germans, who not only lost Alsace-Lotringen to the French but were still partially occupied by them, and miserably treated in those occupied territories. It was also an act of courage. Schuman paid for it with his position as foreign minister. But he was there not to please people in a populist way, but to serve them and shape the future in a wise way.

I very impatiently expect the proclamation of Robert Schuman’s beatification. We need it not only to remind to us, Christians, that United Europe serves a good purpose, but also to give an example that politicians and politics are there to serve people, and that it can be holy.

What about Jean Monnet, who prepared the whole process for Robert Schuman and others? you will rightly ask. Let me use the words that Stefan Wilkanowicz wrote, and Tadeusz Mazowiecki proposed for the preamble of the Polish constitution: “Both those who believe in God as the source of truth, justice, good and beauty, as well as those not sharing such faith but respecting those universal values as arising from other sources… Jean Monnet evidently belonged to those who respect those universal values as arising from other sources.

Our duty is to serve your neighbour. This neighbour is sometimes very very different than oneself. Our duty is to organise the common space in which we all live, in a way that each of us can live in dignity, develop talents, make career, have a family, be helped or taken care of when necessary, practice his/her religion and enjoy respect from others. The task is difficult, because our common space becomes bigger every day. But let me limit this common space, for just for the need of this meeting, to Europe. Our common space of which we dispose and about which we decide is the European Union.

For a federalist like myself, it is not easy to speak about Europe today, as the government of my country, tears Poland away from the Union. This is exactly the opposition of what I believe should be the good direction. We do not need a new vision. We need courage. Courage like the one demonstrated by Robert Schuman. And we must continue working on ambitious projects – like they did on Coal and Steel Union. Because the vision must be rooted in very practical, well prepared politics that serve the citizens of Europe and that glue us stronger together.

A well organised European Union of today, needs strong common institutions, well equipped in competences. The European Commission must have instruments to discipline governments, which do not respect our common laws and values, the European Parliament must more clearly have a decisive voice when new laws are produced. Otherwise we shall continue the practice which is so evident in the European Council, namely blooming protectionisms, egoisms and each government tearing in its own direction.

And of course the biggest win.

Important for the future of the Council: it is the highest time they stop voting by unanimity and start voting by majority. Otherwise any serious progress, any serious project that reflects a serious vision, will be blocked. In the Council we need more transparency. We are represented there by our ministers, but who knows what line they represent, how they argue, with whom they ally and how they vote? We hear that from the press conferences that they give themselves after the meetings. Then they fly back to their capitals, and blame Europe for all necessary but sometimes unpopular or difficult to understand decisions. Is that how we should communicate our Union?

As far as the European Parliament is concerned it is a completely different story: you can not only follow the plenary sessions and meetings of the committees, but you can easily check how I or Mr Mandl voted and you can find all amendments that I have introduced to any legislative and non-legislative proposals. Why are the meetings of the Council, main legislative body in Europe, behind closed doors and with neither media nor cameras present? We should change it. Decisions should be transparent to the European citizens. The European citizens must be able to take part in those decisions and be involved in constructing the ever closer community. All this is possible with the technologies we dispose of.

I want stronger and transparent common European institutions that will harmonise laws from Portugal to Estonia. The globalising world demands it. Our common European market cannot develop with this incredible variety or laws and regulations in each country. VAT, driver. I want more and more clear common European policies: stronger foreign policy and a common defence and security policy, I am sure that we need an energy union, a stronger budget (1 % is really not enough), and we need a Euro as the currency in all EU member States.

Such statements almost always cause an outcry of protest: “We want to maintain our national sovereignty!” This illustrates best the main division in Europe of today, and may be the future politics. The party setting into right left, middle and green seems to be old and obsolete. The division in Europe between south and north is valid only sometimes, the division between small and big does not disturb a perfect cooperation between those countries, the division between Western and Eastern Europe or, if you prefer, between old and new Member States, is unfortunately now becoming very strong, but what is really meaningful are the new fronts in the society across Europe, horizontal divisions: those who are open, European, future oriented, curious and bold, and on the other hand nationalists, traditionalists, afraid of new and of strangers, convinced that they possess the knowledge and truth. I can imagine, that the political scene will undergo a serious earthquake and the political groups in a few years will look completely differently. We will have those who understand that we are sovereign only when we are together. Each European country alone is too week to face challenges from the big ones that are outside of Europe. (Putin) Those future oriented will want to maintain peace in Europe, but also to be able to act outside of Europe when it is necessary. Those who look into the future will create common fronts to my mind, and seek for new, renewable energy sources, and plunge into the third industrial revolution. They will develop and profit from digitalisation and access to knowledge and culture, but care about personal data protection and fairness on the digital market. They will struggle for an open Europe, enjoy diversity, seek dialogue and develop cooperation with the non- European countries. Opposition to that you see clearly today: it is those who preach sovereign states, build power plants based on coal, hate newcomers on our continent, use faith as a shield against other persons and ideas, and look for revenge for the injustice done to their nation in the course of history.

I don’t need to tell you that I profoundly believe that, if we seriously want to take care of our common space, of Europe, we must get involved in building the first group. This we owe to ourselves and to our neighbour, whom we are supposed to serve and love.