Italy: in this confusion, let’s go back to politics 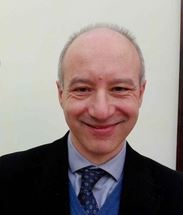 The situation changes minute by minute. And as I write it, this piece on the Italian political situation risks not being updated anymore. New hypotheses of government have re-emerged after the resounding end of the first attempt of the League-5 stars and the appointment of Carlo Cottarelli. And this too is a dramatic sign of a situation in which the search for true good for our country, on the part of many protagonists on the political scene, has increasingly gone into the background. Because this is the point that risks escaping the vortex of declarations, debates and contrasts. There is no question about whetehr a parliamentary majority is formed, which has the right to govern. But if, after almost three months of waiting, this has not yet been achieved and if the only political objective is either to govern at all costs or to go to new elections (it does not matter if in the middle of summer and with a country increasingly under attack from speculation, whose harmful effects – it should be remembered – are fortunately held back, at least for now, from membership of the Euro and a European institution such as the ECB), in the hope of increasing its consensus, without any concern for the real state and the needs of Italy, means that we are really losing sight of the fundamentals. And it’s worrying to see so many people fidgeting and exalting, as if we were at the stadium, and then pulling up the pieces – the television, the smartphone and the computer off – of an economic situation that is getting worse.

To make the picture even more dramatic is the story of the “diktat” to the President of the Republic, never dared by anyone, not even Silvio Berlusconi, for the formation of the new government of Giuseppe Conte. A serious and absurd affair, in which the two forces that had composed the majority after a laborious and in my opinion a little farcical negotiation (the famous and also here unpublished “contract”) have openly challenged and tried to bend President Mattarella to their will, despite it being known his dissent on the name of Prof. Paolo Savona, not for a personal matter, nor for a political preference, but for clarity and coherence both with respect to the electoral and government programs, with respect to the international commitments already undertaken by Italy, and finally with respect to the fundamental need to safeguard the savings and the economy of the Country, without which no autonomy is truly such. It has escaped the attention of many that it is precisely to avoid a heavy limitation – in fact – of our “national sovereignty” (not to be understood in an absolute sense, of course) that Mattarella had to reject a proposal that concealed (and thus revealed) a future intention of radical criticism of European politics and of exiting from the Euro, not yet explicit for tactical reasons.

After all, the reason why the League and the 5 Stars wanted to open an institutional conflict never seen before, just near the finishing line and putting at risk (as then happened) the entire government operation to defend a single minister, albeit a technical one, remains obscure. Or all too clearly. Personally, I have two hypotheses, which can be complementary: it was a matter of “bending” the President of the Republic in such a way as to weaken him – and therefore have greater freedom of movement – in view of subsequent anti-European steps; or, well knowing that he would not accept the imposition, of getting to vote soon, being able to blame the President himself for this outcome and in the hope of greater consensus. The second hypothesis, however, is strange, given that it was a matter of renouncing a government almost made to defend a single name; so strange that, if it were, it also makes one think of other elements (an emerging perplexity about the contract and its actual possibility of realization? or on the figure of Conte? or on alliance resilience?).

The fact is that, in all this, there is no trace of a sense of institutions, of responsibility, of a sense of measure; above all, of the good of Italy and the needs of its citizens, even those who voted for the League and its 5 stars. In this scenario, the Democratic Party has maintained a position of distance and manifest loyalty to the President of the Republic. It is a party that needs to regain a sense of internal cohesion and redefine its policy priorities, even in the light of a very negative election result. There are different views on whether or not to attempt a 5-star government. Personally, I believe that what has happened in the election campaign and in recent weeks reveals problematic aspects that are still inherent in the 5 stars today – including contradictions, clever adaptations, a lack of internal democratic debate, a lack of clarity about the role of Beppe Grillo and Casaleggio, sudden changes of position from evening to morning – which make it difficult for me to think that it would have been possible to have an experience of joint government between these two forces. Moreover, the Democratic Party would have gone to this negotiation in weak conditions and with unresolved problems within it, which would probably have worsened in the difficult subsequent navigation. I believe – I am certainly biased, but I think I can say this – that a political force like the PD is still useful to the country, even in a minority position, and that its reduction to a minimum or even its “disappearance” would be damage not only for those who voted for it and vote for it. On the other hand, as far as the polls are concerned, the percentage of voters who gave their confidence to the PD in the last elections does not seem to have further decreased since March 4, on the contrary, there would be a certain recovery (despite the uncertainties and a “provisional” leadership), a sign of a substantial consensus of its voters not to ally themselves with the 5 stars. In any case, I understand very well the position of those who, considering a disaster to be a yellow-green government, would have preferred a “sacrifice” of the PD in order to avoid it, hoping also to be able to “condition” the 5 stars. On the other hand, I do not agree with the assumption that, even though the PD has the idea of not reaching an agreement, it should “see the cards”, that is, open only an apparent negotiation, in order to bring out the contradictions of others. Frankly, I was perplexed to hear in some cases the move from big, fair speeches of principle to extreme tacticism. Either we had the courage to support and argue the necessity and the opportunity of a PD-5 star agreement and then we had to ask for a negotiation that had as its purpose the achievement of this outcome (then maybe it was not successful, but this is another matter); or I do not think it was very correct (and I wonder how useful, with an increasingly dramatic time-factor), even in front of the country, open a fake negotiation, with a negative ending already written and risking, however, to be blamed for the lack of birth of the new government.

At this moment I don’t know if Cottarelli will form the new Government (and therefore will go to new elections, or in the summer or in a few months) or will return to a League-5 star agreement or other hypothesis (after what happened after March 4, nothing can be excluded!). Quite apart from how it is going to end, what has happened in recent months, but also in recent years, attracts all those who care about the common good to certain priority commitments:

– a renewed diffusion of civil, democratic and constitutional values and of the written (and unwritten) rules deriving from them, which precede and override political confrontation, affiliations, majorities/minorities. We need to take care of a new political and constitutional “literacy”, especially towards young people (but not only) without whom everything and the opposite of everything is considered legitimate on the basis of a real or presumed “consent” or personal preferences and sensitivities;

– a spreading of a culture of political confrontation that renounces verbal aggression, personal offenses, simplistic reductions, the continuous caricaturization of adversaries, false news, etc. Much work is needed on a new ethics of communication, not only in the political debate but also more generally;

– a clarification, on an informative and cultural level, of some controversial themes often known only superficially, with the consequence of extreme interpretations. I will only mention three issues that I consider to be urgent. Think of the phenomenon of migration and asylum seekers (which has become “an invasion”…), although without naively hiding – but rather facing – the problems that are still there beyond exploitation; think of the European Union, which must be defended in its fundamental function – thanks to which we have been for decades in a context of peace, cooperation, freedom of trade and movement, protection of rights, etc., with EU co-decision mechanisms that need to be improved, but are still present – but for which to call for important reforms in the name of democratisation, a common economic, fiscal and foreign policy and a stronger social and employment commitment; think of economic, financial and labour issues, with the need to pursue economic models at the service of the development of businesses, cooperatives and individuals and not the greed of financial centres; a more human economy and a finance aimed at supporting ethical and sustainable development, not the unfair enrichment of the privileged few.

– This commitment can be made, in particular, by Catholics – individuals, in parishes, associates as in the MEIC – who also have the duty to witness sober and respectful ways of comparison and discussion, to listen and dialogue with the most angry and uncomfortable people, to promote relationships and exchanges of views, even different, to build spaces and opportunities for discussion, deepening of problems, discernment, training for all / and especially for / the young.

In this sense, I note a positive ferment in the so-called “Catholic world” – starting from the MEIC, but also thinking of the recent book by the President of AC Matteo Truffelli and other experiences (such as the Network of Catholic Democratic Associations “Constitution, Council, Citizenship-C3dem”, of which I am pro-tempore coordinator, the Civil Ethics Forum, the realities inspired by the Focolare Movement, up to the “historical” social and trade union expressions). A ferment that should be enhanced and that gives me hope in a new season of attention to the socio-political sphere, not aimed at ambiguous reassemblies more or less religious or collateralisms of any kind but to the creation of spaces and opportunities for dialogue and elaboration and the promotion of shared training and information activities.

I have already written too much, but there is much more to be said. I will stop here and thank the MEIC for the space it has given me, in complete freedom and therefore, of course, without any involvement on his part.

Translated by Philippe Ledouble with www.DeepL.com/Translator