Hunger strike for health and employment.

I started a hunger strike because I’m fed up with the inertia of a system where there is no money for health, no money for climate, no money for education and no money for jobs. Many were surprised and said to me: you are a Member of Parliament, you are a budget rapporteur, you are not an activist, you are not a whistle-blower, but I am going to do everything possible to get things moving. My goal is not to die, on the contrary, my goal is to avoid millions of deaths, because if we don’t put more money into the hospitals, maybe the hospitals will burn out in a few months. If we don’t put more money into avoiding layoffs, there will be millions of unemployed people, there are unemployed people who commit suicide, if we don’t put more money into the climate, there will be millions of people who will die because they don’t have water or food.

Most people don’t know that the budget is negotiated once every seven years, and there is a window once every seven years to change things for the better. Every year there is a member of Parliament who negotiates the budget on behalf of Parliament. I negotiate on behalf of the Parliament and I meet representatives of Mrs Merkel, Mr Macron, the Belgian Prime Minister. There is a blockage because some of them do not want to tax speculation.

The tax on financial transactions has been on the table since 2011. When I bought this phone I paid 20% VAT and even the poorest people, just to eat every day, have to pay 6% VAT in Belgium. On the other hand the financial markets pay 0.0% VAT. It’s quite scandalous, so the European Parliament has been fighting about this for a long time with the NGOs, the trade unions. Around 2011 we have obtained a proposal from the European Commission saying yes, it is possible. It’s an official 31 pages document that says how all those who buy shares and bonds on the financial markets can be taxed by 0.1%. And the European Commission said: we would earn 80 billion every year. The European Parliament is now asking for the creation of a tax on speculation that would bring in 50 billion euros every year, and with these, without taxing citizens, we would have money for hospitals, to avoid unemployment, money for public transport, to insulate houses, to change agriculture, we could save the climate and live better, and create up to 5 million jobs in Europe. Bankers are not going to die – someone who has a bonus of 10 million every year may only get 1 million, but he will make it, it is possible to live with just 1 million euros J. On the other hand there are nurses who are burned out, farmers who shoot themselves, Africa who will run out of water, they won’t be able to live. (…)

We are at a critical moment. We only have two weeks left to finish the negotiations. The heads of state and the parliament have been negotiating together since July, and if we want the money to arrive, and to start the budget on 1 January 2021, we have to finish the negotiations within two weeks. If we crash, if the European Parliament does not manage to make this solution heard, there is the risk of a ridiculous budget for 7 years. We cannot in conscience accept such a tiny budget, otherwise hospitals will collapse, unemployment will soar, or there will be a climate catastrophe – we only have 10 days. 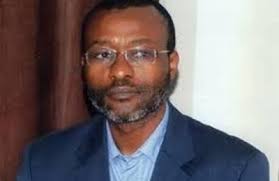 Political Crisis and Social Ethics in an African Context

No to an Economy of Exclusion and Inequality

Council of Europe – International Day for the Eradication of Poverty